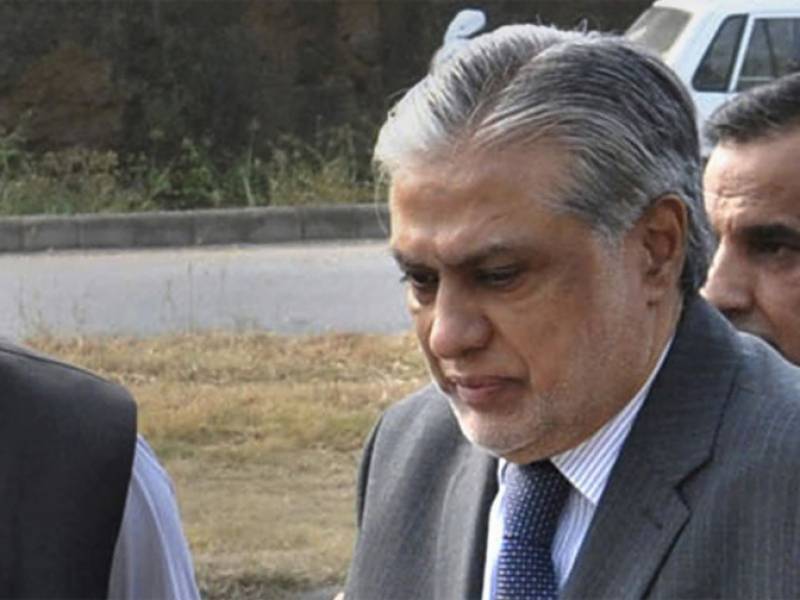 According to details, the finance minister was late to court today. Consequently, the judge temporarily suspended the hearing until the accused showed up.

As Dar reached the court, the hearing went under way.

Strict security arrangements were made as around 2,000 personnel of the police and Rangers have been deployed around the court. In order to avoid the the situation arise on October 2, when the Rangers had taken over security of the judicial complex and disallowed everyone, even the interior minister, to enter the premises to attend the hearing of former prime minister Nawaz Sharif.

All the routs towards the Accountability Court were sealed and media personnals were also arranged to keep away from the court building.

The police have complete control of the complex and the paramilitary force is nowhere to be seen.

SSP security Jameel Hashmi said rangers neither were called before nor now, police is capable of maintaining security.

Eight journalists have been allowed to cover today's courtroom proceedings after a delegation of reporters reached an understanding with the court's registrar.

Dar has denied all charges and vowed to prove his innocence in court he also challenged his indictment and trial in the Islamabad High Court but the pleas were dismissed.