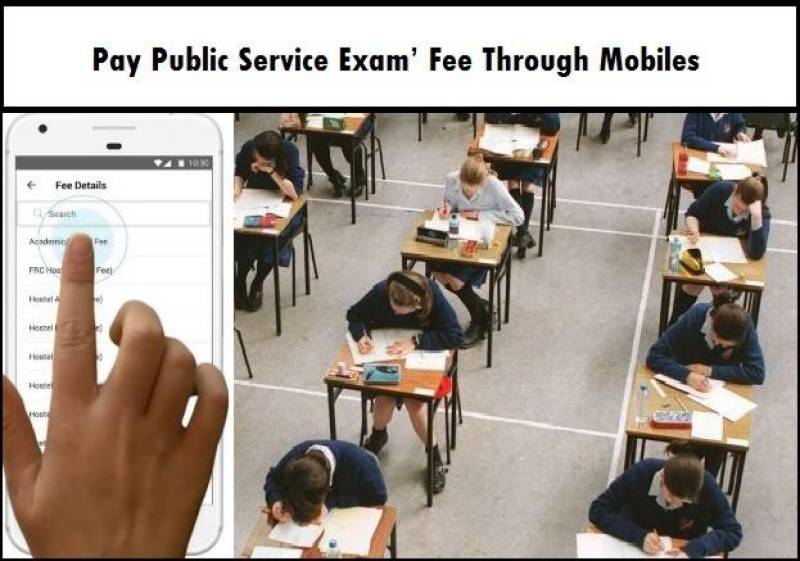 According to details, enabling students to deposit Examination Fee through digital payment channels including branchless banking infrastructure of Jazzcash and Easypaisa will bring convenience for the applicants of KPK-PSC.

President & CEO NBP, Mr. Saeed Ahmad stated at the ceremony, “The capabilities of technology have opened a new horizon in all fields. Banking services are now expected to be available anytime, anywhere. Over the past few years, digital transactions are rising in leaps and bounds. We expect this trend to continue and accelerate. As a consequence, our services should be changing rapidly. And Digitalization of KPK-PSC is another step in this direction.”

“I acclaim the latest initiatives taken by the Government of KPK to create convenience for citizens. Revamping of KPK website to facilitate functioning of Form E1 is one example. Now Public Service Commission KPK will create a portal to facilitate payment by ADR. Today’s event is a big step in that direction,” Mr. Saeed Ahmad further added.

Mr. Fareedullaah Khan said, “The initiative is for youth who are keen in taking PSC exams and to facilitate convenience in payment of fees. He thanked NBP to reach this point that we are signing an agreement between both organisations.” He thanked the management and in particular NBP’s President Mr. Saeed Ahmad for visiting Peshawar to sign the agreement.

NBP President & CEO emphasized that “Digitization of Job Portal opens doors to many new initiatives in ADR. At NBP we regard ADR as “Mutabadal Nizam-e-Adaigee”. The real future of financial transactions lies in P2G, G2P, P2P, P2B and so on. At NBP a new department has been created called “Payment Services and Digital Banking” just to cater for these Services. The benefits of this initiative include Ease of doing transactions efficiently, with transparency and cost-effectively. Thereby eliminating the Middle man and abolition of Corruption.”

Mr. Saeed Ahmad emphasized, “The use of algorithms to develop pattern of customer behaviors will help in effective planning of product and services and credit approvals.  Banks need to create awareness amongst users through clear and easy instructions, training of bank staff and regularly keeping the technology up to date along with regular Quality Assurance surveys.