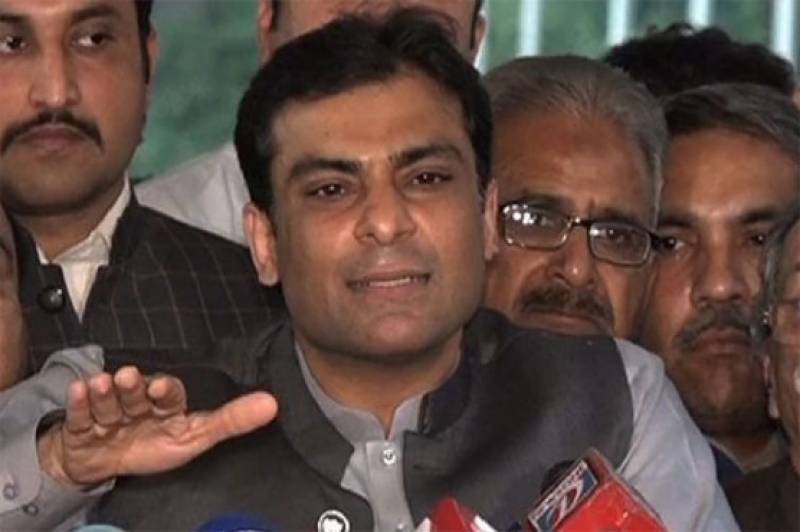 “The Lahore High Court (LHC) order in his case had not been dismissed by the Supreme Court,” said Hamza, while talking to the media after the NAB team raided at 96-H Model Town.

“For the first time I felt like we were like terrorists,” Hamza said. “What was the need to conduct a raid like that? Are we terrorists?”

Earlier today, a team of the NAB conducted a raid at Opposition Leader in the National Assembly Shehbaz Sharif’s Lahore residence.

As per reports, the team comprising seven to eight members reached Shehbaz’s house in Model Town.

According to a party spokesperson, his son and opposition leader in the Punjab Assembly, Hamza Shehbaz, is present at the house.

Shehbaz Sharif’s guards exchanged harsh words with the NAB team on the occasion and stopped the team outside the residence.

However, the officials left without arresting anyone due to severe resistance.

A spokesperson for the anti-corruption watchdog said that the bureau carried out the raid because NAB chairman Justice (Retd) Javed Iqbal had issued arrest warrants for Hamza and Salman, he added.

Shehbaz Sharif and his sons Hamza and Salman are facing multiple NAB inquires, including those into the Ashiana Housing scandal, Ramzan Sugar Mills and assets beyond the means.