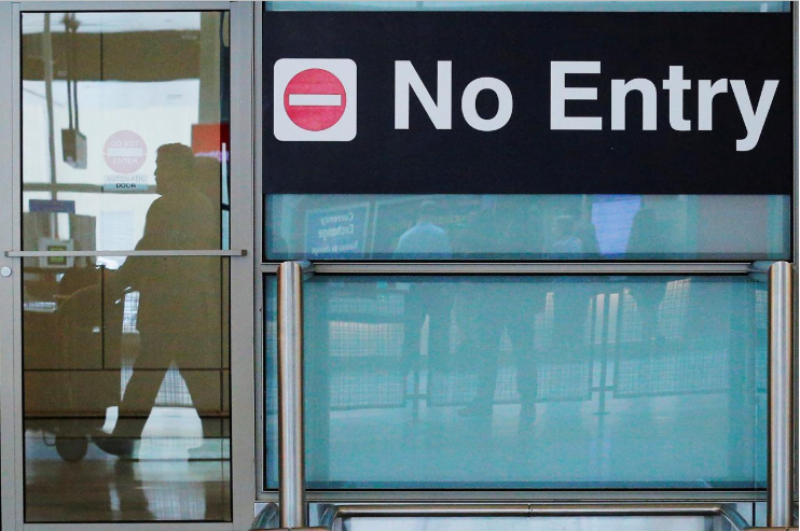 The nine-member court, with two liberal justices dissenting, granted his administration's request to lift two injunctions imposed by lower courts that had partially blocked the ban, which is the third version of a contentious policy that Trump first sought to implement a week after taking office in January.

The high court's action means that the ban will now go fully into effect for people from Chad, Iran, Libya, Somalia, Syria and Yemen seeking to enter the United States. The Republican president has said the travel ban is needed to protect the United States from terrorism by Islamic militants.

In a statement, Attorney General Jeff Sessions called the Supreme Court's action "a substantial victory for the safety and security of the American people." Sessions said the Trump administration was heartened that a clear majority of the justices "allowed the president's lawful proclamation protecting our country's national security to go into full effect."

The ban was challenged in separate lawsuits by the state of Hawaii and the American Civil Liberties Union. Both sets of challengers said the latest ban, like the earlier ones, discriminates against Muslims in violation of the U.S. Constitution and is not permissible under immigration laws.

Trump had promised as a candidate to impose "a total and complete shutdown of Muslims entering the United States." Last week he shared on Twitter anti-Muslim videos posted by a far-right British party leader.

"President Trump's anti-Muslim prejudice is no secret - he has repeatedly confirmed it, including just last week on Twitter," ACLU lawyer Omar Jadwat said.

"It's unfortunate that the full ban can move forward for now, but this order does not address the merits of our claims. We continue to stand for freedom, equality and for those who are unfairly being separated from their loved ones," Jadwat added.

Lower courts had previously limited the scope of the ban to people without either certain family connections to the United States or formal relationships with U.S.-based entities such as universities and resettlement agencies.

Trump's ban also covers people from North Korea and certain government officials from Venezuela, but the lower courts had already allowed those provisions to go into effect.

The high court said in two similar one-page orders that lower court rulings that partly blocked the latest ban should be put on hold while federal appeals courts in San Francisco and Richmond, Virginia weigh the cases. Both courts are due to hear arguments in those cases this week.

The Supreme Court said the ban will remain in effect regardless of what the appeals courts rule, at least until the justices ultimately decide whether to take up the issue on the merits, which they are highly likely to do. The court's order said the appeals courts should decide the cases "with appropriate dispatch."

"We agree a speedy resolution is needed for the sake of our universities, our businesses and most of all, for people marginalized by this unlawful order," Hawaii Attorney General Douglas Chin said.

Justices Ruth Bader Ginsburg and Sonia Sotomayor said they would have denied the administration's request.

Monday's action sent a strong signal that the court is likely to uphold the ban on the merits when the case likely returns to the justices in the coming months.

There are some exceptions to the ban. Certain people from each targeted country can still apply for a visa for tourism, business or education purposes, and any applicant can ask for an individual waiver.

Trump issued his first travel ban targeting several Muslim-majority countries in January, then issued a revised one in March after the first was blocked by federal courts. The second one expired in September after a long court fight and was replaced with the present version.

The Trump administration said the president put the latest restrictions in place after a worldwide review of the ability of each country in the world to issue reliable passports and share data with the United States.

The administration argues that a president has broad authority to decide who can come into the United States, but detractors say the expanded ban violates a law forbidding the government from discriminating based on nationality when issuing immigrant visas.

The administration has said the ban is not discriminatory and pointed out that many Muslim-majority countries are unaffected by it.