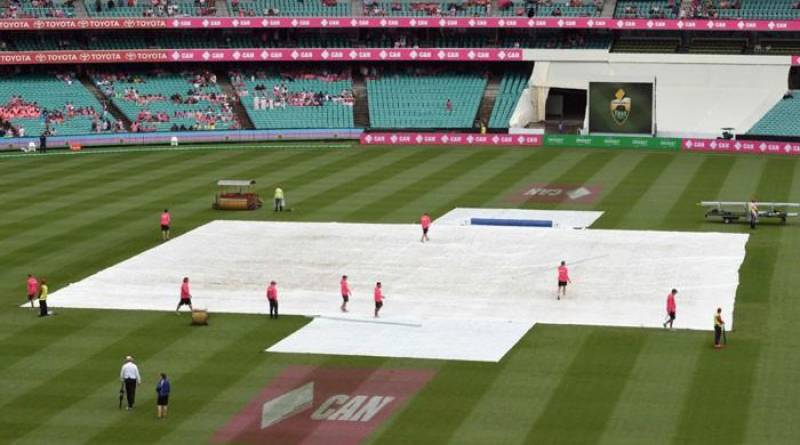 Sydney (Reuters): Azhar Ali and Younis Khan resumed fightback after rain washed out the first session on the third day of the Sydney Test between Australia and Pakistan on Thursday.

Fans and the ground crew, along with commentators, turned out in pink to show support for the McGrath Foundation. The third day of the Sydney Test is known as 'Jane McGrath Day' in memory of Glenn McGrath's late wife who lost her battle against cancer. The day is aimed at raising funds and awareness for breast cancer.

Australia have already won the series after victories in the Brisbane and Melbourne Tests, while Pakistan are battling to avoid their 12th straight Test defeat in Australia.

On Day 1, the tourists, who have already lost the series after defeats in Brisbane and Melbourne, made a rocky start after Steve Smith called a halt at 538 for eight leaving seven overs for Pakistan to negotiate before tea. They lost debutant Sharjeel Khan and Babar Azam in one Josh Hazlewood over before the interval with just six runs on the board.

But the in-form Azhar and 114-Test veteran Younis steadied the ship with a century stand and took the tourists to stumps at 126 for two. Azhar, who scored an unbeaten 205 in last week´s Melbourne Test, was on 58 with 39-year-old Younis providing support on 64 to trail Australia by 412 runs.

He had an escape nearing stumps on 51 when David Warner could not hold a sharp one-handed catch at leg-slip off Nathan Lyon.

Azhar was eight runs short of Mohsin Khan´s 1984 record for the most runs (390) for Pakistan in a series in Australia having tallied 382 at the close, while Younis raised his 1,000 Test runs against Australia.