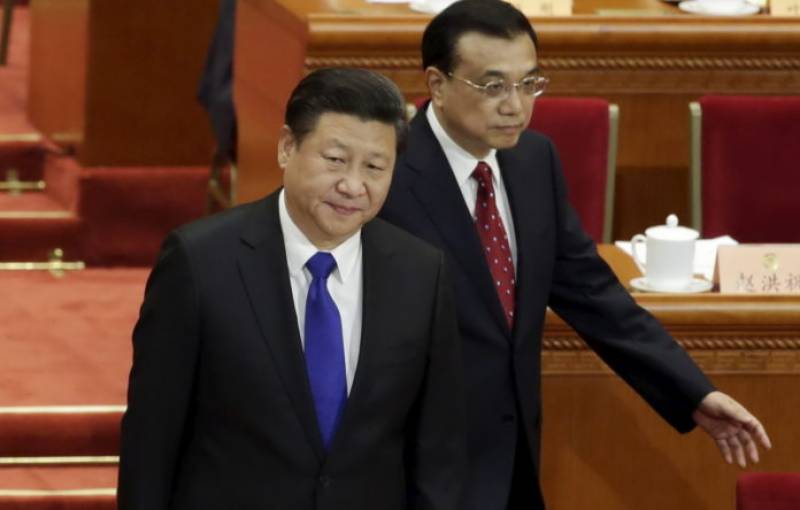 Beijing, China (Reuters): Premier Li Keqiang said that China will decisively oppose and contain Taiwan independence, commented at the opening of the annual meeting of parliament today (Sunday), amid heightened tension between Beijing and the self-ruled island.

China is deeply suspicious of Taiwan President Tsai Ing-wen, whose ruling Democratic Progressive Party espouses the island's formal independence, a red line for Beijing, which has cut off an official dialogue mechanism with Taipei.

Li said in a report available before he delivered an annual address to China's top legislature, "We will never tolerate any activity, in any form or name, which attempts to separate Taiwan from the motherland."

China will protect national sovereignty and territorial integrity while safeguarding peace and stability across the Taiwan Strait, Li said.

Defeated Nationalist forces fled to Taiwan in 1949 after losing a civil war to the Communists. China has never renounced the use of force to bring Taiwan under its control, viewing it as a wayward province.

In 2014, hundreds of students occupied Taiwan's parliament for weeks in protests known as the Sunflower Movement, demanding more transparency and fearful of China's growing economic and political influence on the democratic island.

Chinese jets and warships carried out exercises near Taiwan and into the Western Pacific on Thursday, as Taiwan's defense minister warned of a growing threat from its giant neighbor.

Li also said the notion of Hong Kong independence would lead nowhere, and Beijing would ensure that the principle of "one country, two systems" is applied in Hong Kong and Macao "without being bent or distorted".

Hong Kong, a former British colony, returned to Chinese rule in 1997 under a "one country, two systems" formula, granting it extensive autonomy, an independent judiciary and rule of law for at least 50 years.

Hong Kong students organized weeks of protests in late 2014 to push for full democracy, but Beijing declined to make concessions. Chinese leaders are increasingly concerned about a fledgling independence movement in Hong Kong.

Communist Party rulers in Beijing have ultimate control over Hong Kong, and some Hong Kong people are concerned they are increasingly interfering to head off dissent.