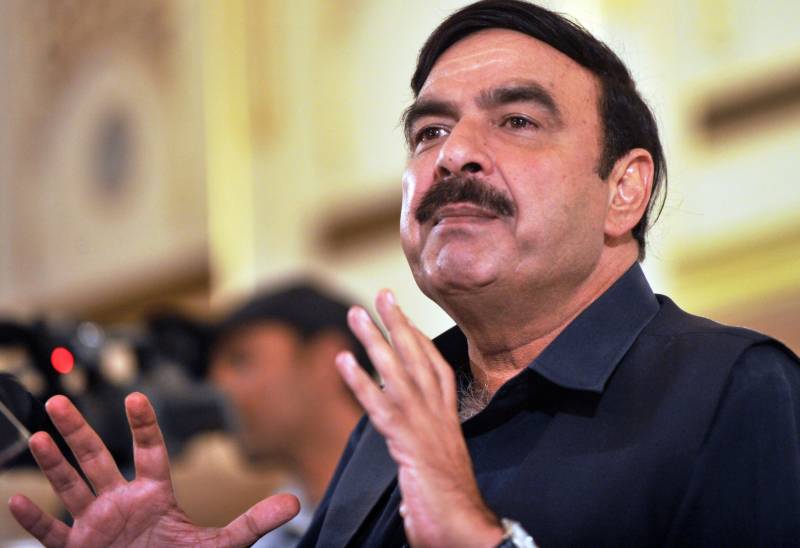 Lahore (Web Desk): Awami Muslim League (AML) chief Sheikh Rasheed joined the rank of those personalities who were shoed by the angry people.

An elderly man threw his 'Peshawari Chappal' at Sheikh Rasheed when the AML chief was leaving after his brief interaction with newsmen at Lahore railway station on Saturday.

The man who hurled the shoe was identified as Faqir Muhammad alias Baba Lakhpati. He said that his political rivalry with the AML chief drove him to do so.