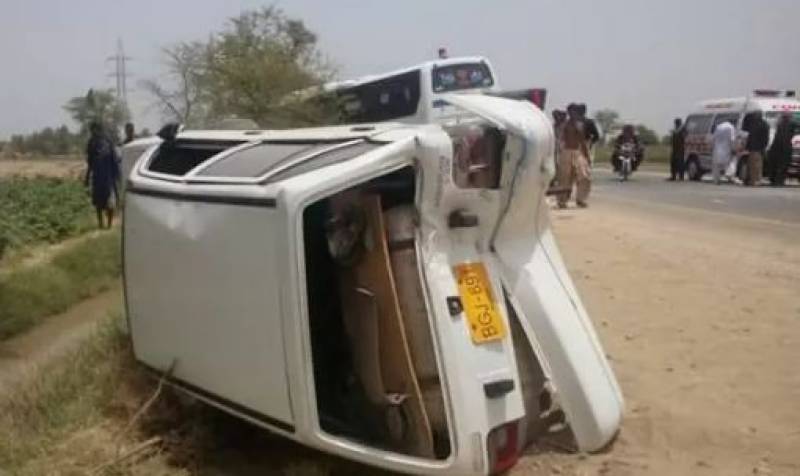 Nawabshah (Staff Report): At least 11 people were killed and 18 others were injured when multi-vehicle collided with each other near Bucheri town, some 12 kilometers away from Nawabshah (Shaheed Benazirabad) on Friday.

Initial reports say that at least eight passengers died on the spot, whereas more than a dozen suffered injuries as a passenger coach, a van and a car collided at Bucheri Chowk on the Mehran Highway.

According to the police, the deceased included women and children, whereas the injured were immediately shifted to Peoples Medical College (PMU) Hospital Nawabshah.