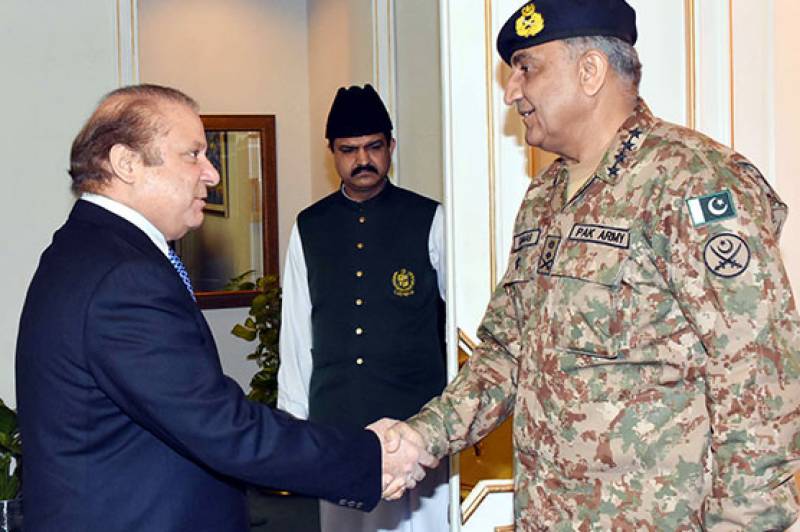 According to details, PM and COAS conducted an hour long-meeting, where PM agreed to address the reservations about the findings of the inquiry committee in the case and assured that new notification will be issued in this regard.

PM Nawaz promised that army’s reservations about the finding of the report would be taken into consideration.

“Notification on Dawn Leak is incomplete and not in line with recommendations by the Inquiry Board. Notification is rejected,” DG ISPR tweeted.

As the tension drove the PM held a meeting with his key ministers, including Chaudhry Nisar Ali and Finance Minister Ishaq Dar, and his brother Shehbaz Sharif to look into the matter.

Nawaz Sharif reportedly tasked Shehbaz Sharif and ministers with defusing the growing tension, during the meeting.