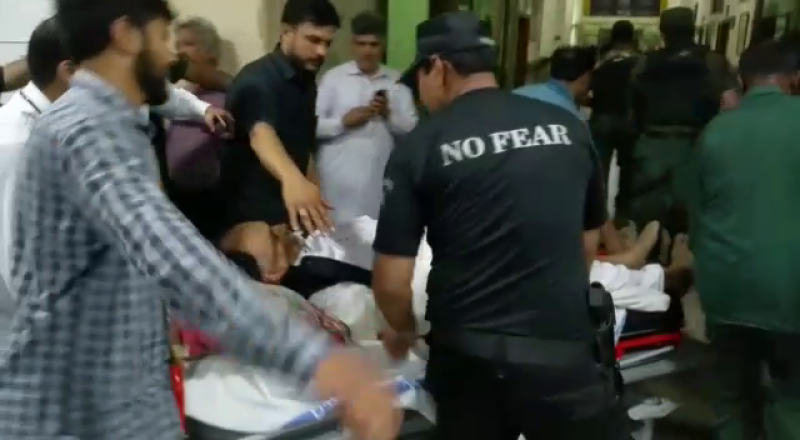 According to initial reports, Ahsan was leaving after attending a public rally in Kanjrur, an area of Narowal, when unknown armed man attacked him. The minister received a bullet wound at his arm.

He was immediately shifted to a nearby hospital.

According to DPO Imran Kishwar, the assailant, aged between 20-22 years, shot four bullets at the interior minister as he was sitting in his vehicle.

Federal Minister Interior Ahsan Iqbal was taken to a local hospital for emergency treatment. He will be immediately flown to Lahore on special instructions of Chief Minister Punjab Shehbaz Sharif pic.twitter.com/yfWBQKawUu

Police have arrested the man who fired shots at Iqbal. The attacker has been identified as Abid.