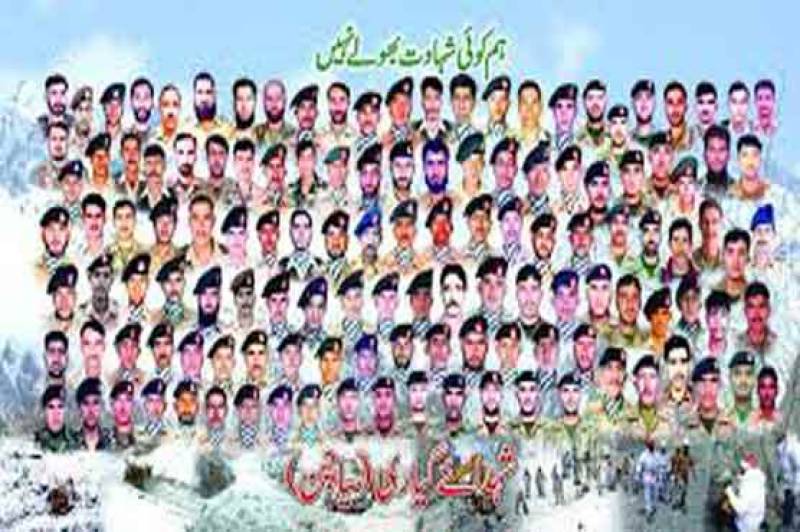 Islamabad (Staff Report): The fifth anniversary of Gayari tragedy is being observed today (Friday) to pay homage to those who embraced martyrdom in a deadly avalanche in 2012.

An avalanche had strike the Pakistani army base in Gayari Sector, near the Siachen Glacier region, on April 7, 2012 and over one hundred and forty soldiers and civilian contractors were trapped under the snow.

Pakistan Army initiated a search operation after the incident which went on for nearly two months. On 29th May 2012, all the victims were declared martyrs.