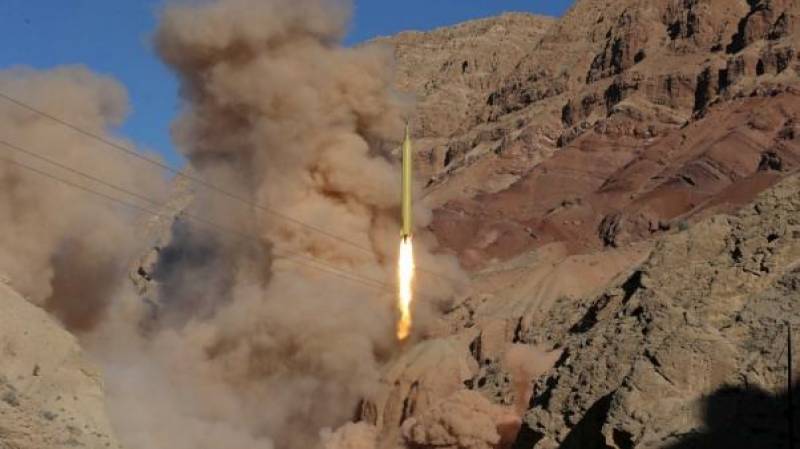 Ankara/ London/ Washington (Reuters): Iran has suggested to six world powers that it may be open to talks about its ballistic missile arsenal, seeking to reduce tension over the disputed programme, Iranian and Western officials familiar with the overtures told Reuters.

Tehran has repeatedly vowed to continue building up what it calls defensive missile capability in defiance of Western criticism, with Washington saying the Islamic Republic’s stance violates its 2015 nuclear deal with the powers.

But the sources said that given U.S. President Donald Trump’s threats to ditch the deal reached under his predecessor Barack Obama, Tehran had approached the powers recently about possible talks on some “dimensions” of its missile programme.

“During their meeting on the sidelines of the U.N. General Assembly last month, Iran told members of the (world powers) that it could discuss the missile programme to remove concerns,”

an Iranian source with knowledge of the meeting told Reuters on condition of anonymity.

U.S. and Western officials did not confirm the matter was discussed at the Zarif-Tillerson meeting. But two U.S. officials said Iran had recently been “keeping it alive” by feeding certain media reports and via third parties such as Oman.

“Iran has put feelers out saying it is willing to discuss its ballistic missile programme and is using contacts ... officials who were ‘holdovers’ from the Obama administration,” the former official said.

Iran’s reported approach came after Trump called the nuclear accord “an embarrassment” and “the worst deal ever negotiated”. He is expected to announce soon that he will decertify the deal, a senior administration official said on Thursday.

Such a step could unravel the breakthrough agreement - seen by supporters as crucial to forestalling a Middle East arms race and tamping down regional tensions, since it limits Iran’s ability to enrich uranium in exchange for sanctions relief.

The other five powers are Britain, France, Germany, Russia and China, all of whom have reaffirmed commitment to the deal.

Iranian Foreign Minister Mohammad Javad Zarif met his counterparts from the six powers, including U.S. Secretary of State Rex Tillerson for the first time, on the fringes of the U.N. gathering on Sept. 20.

“The Americans expressed their worries about Iran’s missile capability and Zarif said in reply that the programme could be discussed,” the Iranian source told Reuters.

A U.S. official with first-hand knowledge of dealings with the Islamic Republic said Zarif had been recycling offers that ”have been lying dormant on the table for some time.

“Zarif knows that if Trump goes ahead and decertifies Iran, it (Iran) will be on the high ground, and the U.S. will be isolated among the (six powers),” the official said.

“Iran has in all bilateral diplomatic meetings, including the recent visit of ... Zarif to New York, emphasised that its defensive missile programme is not negotiable,” Qasemi was quoted as saying by Iranian media.

The U.S. mission at the United Nations referred Reuters to the U.S. State Department for comment. The State Department declined to comment on whether possible talks on missiles were addressed at the meeting or whether Iran had recently communicated such interest.

But it said Washington remained committed to “countering the full range of threats the Iranian regime poses to the U.S., our allies, and regional stability, including its ballistic missile development”.

The Trump administration has imposed fresh unilateral sanctions on Iran, saying its missile tests violate the U.N. resolution that formalised the nuclear deal. It calls on Tehran not to undertake activities related to missiles capable of delivering nuclear bombs.

Iran says it has no such plans and denies breaching the resolution.

Iran has one of the biggest ballistic missile programmes in the Middle East, viewing it as an essential precautionary defence against the United States and other adversaries, primarily Gulf Arab states and Israel.

A senior Iranian official, who also asked not to be named, said pragmatist President Hassan Rouhani, Zarif and Revolutionary Guards commanders have had several meetings with Supreme Leader Ayatollah Ali Khamenei, who has the last say on all Iranian policy, to secure his backing for missile talks.

“The leader was not optimistic during the meetings because he does not trust Americans. Others argued that the heightening tension over the missile programme could be resolved through talks,” said the official, involved in backroom negotiations.

Any talks would not aim to end or suspend Iran’s missile programme but to “negotiate some dimensions of it, like limiting production of some missiles with specific ranges”, he said.

“Diplomacy worked well in ending the nuclear stand-off ... The dispute over the missile programme also can be resolved through talks,” the official said.

A third Iranian official said Tehran would be willing to discuss long-range missiles. He did not elaborate.

A U.S. official with extensive experience negotiating with Iran said “putting this out there publicly as Zarif has done puts pressure on the (Trump) administration”.

A Western official said the administration had assessed Zarif’s approach to be “a stalling tactic by Tehran”.

Another Western official said Iran must present concrete details for missile talks: “What will need to be seen are the specifics on load capability, the distance range of missiles and how many kilograms can a missile warhead carry.”

When asked if Iran appeared willing to negotiate on its missile programme, a French diplomat said: ”We talk about everything with them, including the ballistic programme.

“Our objective is that this leads to concrete acts. On the ballistic issue they repeat that it’s all defensive and has nothing to do with nuclear.”