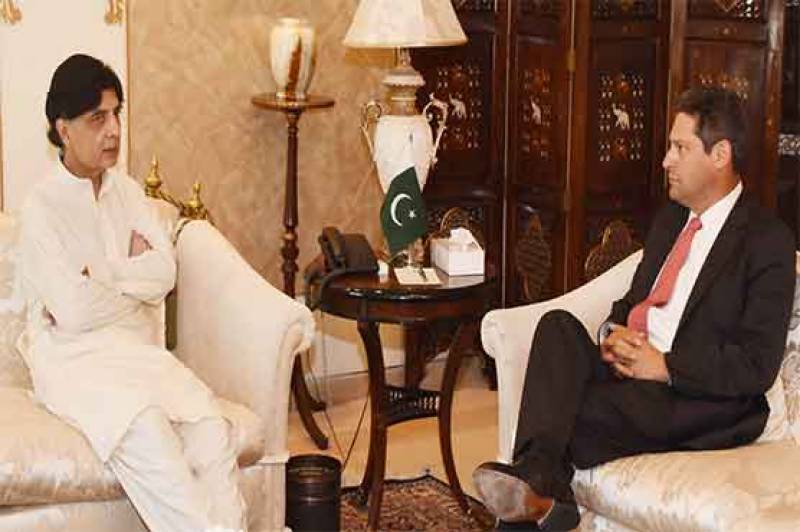 Chaudhry Nisar Ali Khan on the other hand invited Facebook to open its office in Pakistan.

He added that the Facebook team is also committed to remove fake accounts, explicit, hateful and provocative material from its website.

Meanwhile, the Interior Minister said that the government of Pakistan believed in freedom of speech and expression yet it would not allow anyone to hurt people's religious sentiments.

"Blasphemous content is hurting the sentiments of the whole Muslim community," he added.