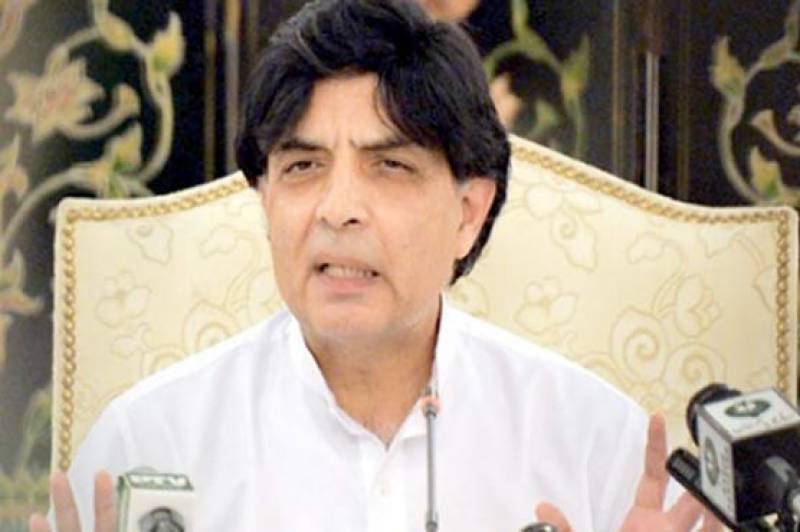 According to details, Chaudhry Nisar will talk to media at 5pm at Punjab House tomorrow.

As per details, the former minister is likely to speak about the country's political situation at large and PML-N's internal party matters.