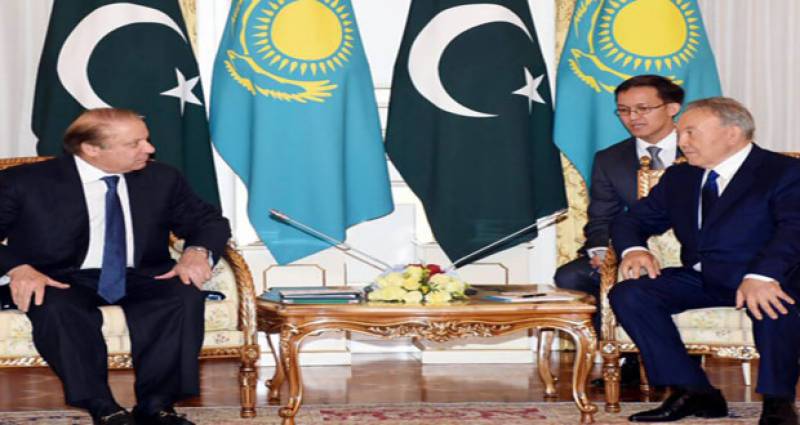 He also expressed the hope that the outcome of the ongoing Shanghai Cooperation Organisation (SCO) Summit will result in paving way for cooperation and economic prosperity of the people of the region.

The premier also stated that the need for enhancing trade between the two countries, which was much less than the potential.

During the bilateral meeting, the Prime Minister thanked President Nazarbayev for invitation to participate in the ongoing 17th SCO Summit and congratulated him on hosting the summit.

Prime Minister Nawaz Sharif thanked the President of Kazakhstan for the warmth and hospitality extended to him and his delegation.