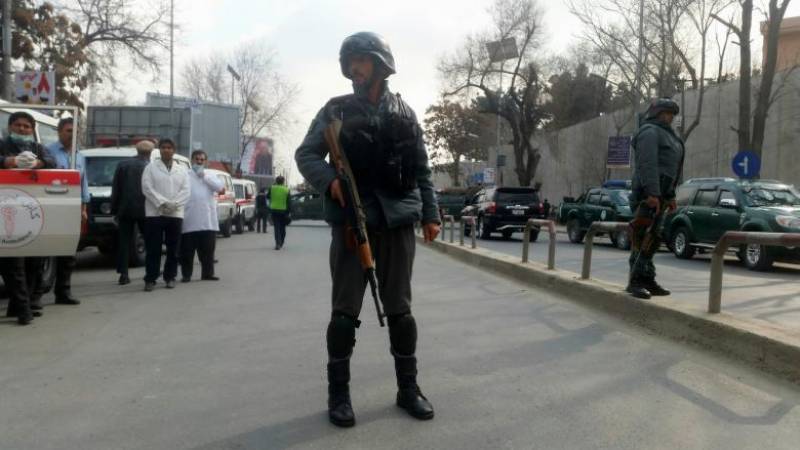 Kabul (Reuters): Gunmen, including at least one dressed as a doctor, attacked a military hospital in an area close to the US Embassy in the Afghan capital Kabul on Wednesday and were engaging security forces inside the building, witnesses said.

Security forces were surrounding the 400-bed Sardar Mohammad Daud Khan hospital, where an explosion was earlier reported. A worker at the hospital, Abdul Qadir, said that a number of gunmen appeared to be inside the hospital.

He said he saw one gunmen, dressed in a white doctor's coat, take out a concealed AK-47 and open fire, killing at least one patient and one hospital worker, but he had also heard firing from several other points.

Tolo News television quoted a doctor working in the hospital who said a blast was detonated at the hospital, after which gunmen had opened fire.

The area was blocked off by security forces and few details were immediately available of what was going on inside the hospital, which treats military casualties from around Afghanistan. The attack comes just a week after dozens of people were killed and wounded in coordinated attacks on a police station and an office of the intelligence service in Kabul. That attack was claimed by Taliban insurgents. There was no immediate claim of responsibility.