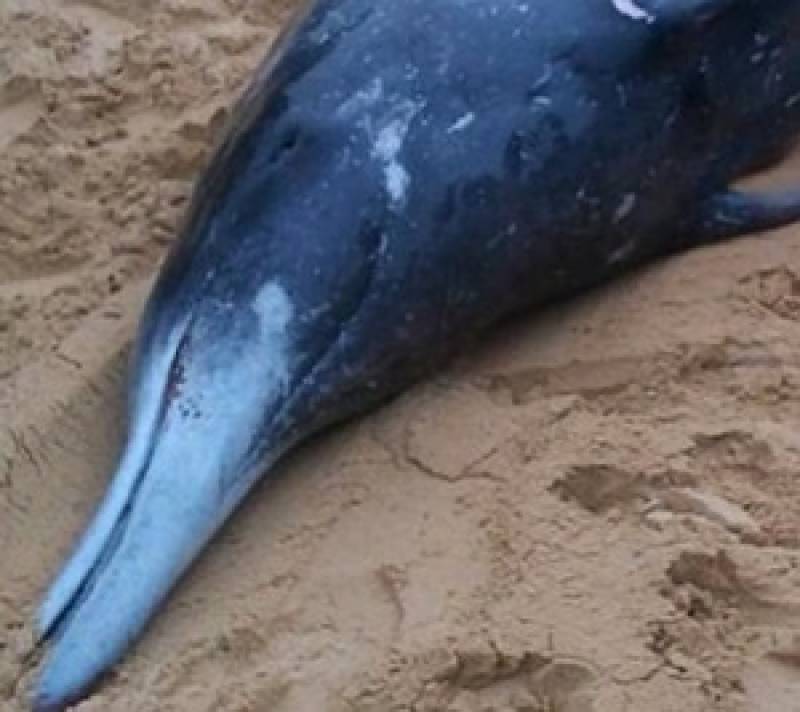 Paris: Yes they exist but only a few among us know about them. But now True's beaked whales, an elusive and little-studied mammal, have been captured on video for the first time, helping the reserachers to flesh out a sketchy species record.

The 46 seconds of footage was obtained off Pico Island in the North Atlantic by members of an educational expedition on a field trip, they wrote in the journal PeerJ.

A trio of whales "surfaced and milled near a drifting small inflatable boat for about 10 minutes, breathing every 9.7 seconds on average," said the report.

"This allowed the observers to film the animals underwater, providing high-quality images for species identification."

The team also reported on four shorter sightings by whale-watching companies in the same region, captured by stills photographers, as well as a handful of live sightings and beachings around the Canary Islands.

One of the photos was of a calf.Put together, the information allowed the first confirmation of the presence of True's beaked whales around the Azores and Canary islands and recorded a never-before-seen colouration for a member of the species.

True's whales are so rarely seen that scientists know very little about where they are found, how many of them exist and how often they calve - data crucial for species conservation.

"To see beaked whales at sea is such a rare event that many researchers devoting their life to study cetaceans have never seen one," said a PeerJ statement.

They live in deep waters far offshore and spend about 92% of their time underwater, generally avoiding dolphin-like aerial acrobatics, said a media statement.

They break diving records, feeding at depths of up to three kilometres for as long as two hours at a time.

Beaked whales, of which there are about 22 known species, belong to the Ziphiidae family of cetaceans - whales, dolphins and porpoises.

They are vulnerable to mass strandings from naval exercises which use sonar to detect submarines and many beach with plastic in their stomachs or entangled in fishing gear.