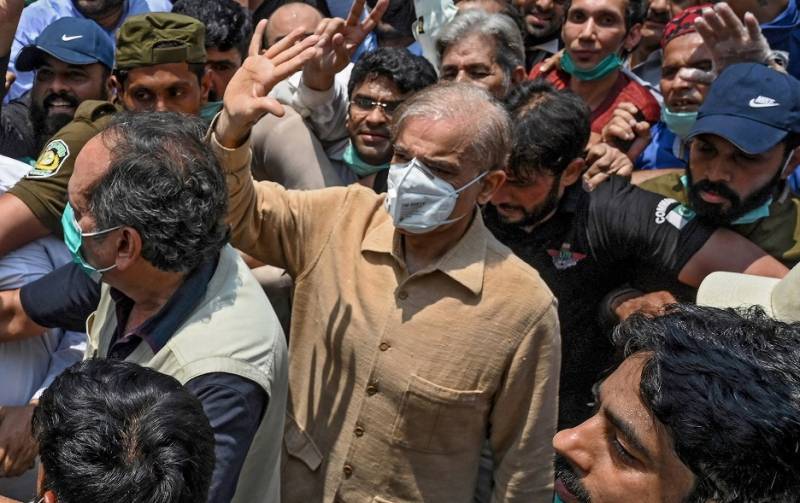 Lahore (Staff Report/Agencies): Pakistan Muslim League-Nawaz (PML-N) President and Leader of the Opposition in the National Assembly Shehbaz Sharif was reportedly not allowed to fly from the Lahore airport to the United Kingdom via Qatar on Saturday morning.

On Friday, the Lahore High Court (LHC) permitted Leader of the Opposition in the National Assembly to fly abroad for medical treatment.

Earlier the day, the court had reserved its verdict on the plea moved by PML-N president seeking removal of his name from the blacklist.

Shehbaz had approached the court, seeking direction to the concerned quarters for the removal of his name from the blacklist so that he could fly abroad for medical treatment.

In his petition, Shehbaz had stated that after getting bail in Ashiana Housing and Ramzan Sugar Mills cases, he went abroad and came back.

During today’s court proceedings, Shehbaz produced a return ticket showing his intent to come back the country after getting medical treatment.

After hearing the arguments, the court granted Shehbaz “one time” permission to go abroad on medical grounds from May 8 to July 3.