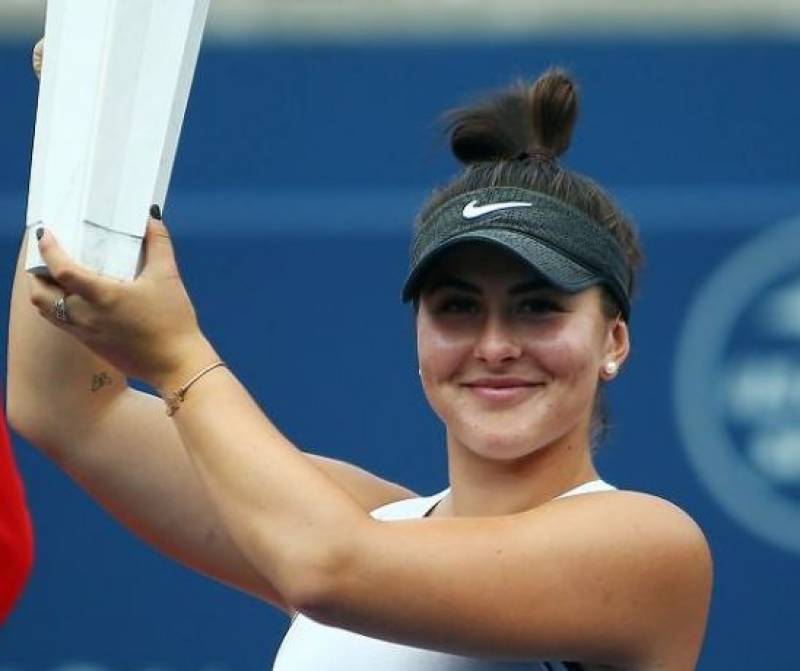 The 19-year-old Andreescu became the youngest Grand Slam winner since Maria Sharapova at the 2006 US Open, handing Williams a fourth consecutive defeat in the final of a major to again deny her a record-equaling 24th Slam title.

"It's so hard to explain in words but I'm just beyond grateful and truly blessed. I've worked really, really hard for this moment," said Andreescu, who had won just two Grand Slam matches ahead of her US Open main draw debut.

"This year has been a dream come true. Being able to play on this stage against Serena, a true legend of the sport, is amazing.

"It wasn't easy at all. I tried to prepare my best like I do every match, I tried not to focus on who I'm playing. I'm really proud of how I dealt with everything."

Andreescu tied Monica Seles, who lifted the 1990 Roland Garros trophy in her fourth major, for the record as the fastest player to win her first Slam title in the Open era.

Williams, 37, suffered a second finals loss in a row at Flushing Meadows, after a 2018 defeat against Naomi Osaka best remembered for a furious tirade against chair umpire Carlos Ramos.