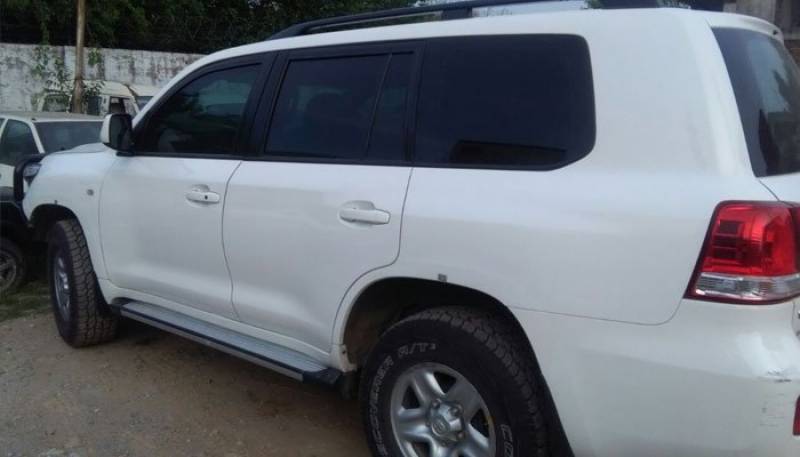 Islamabad (Staff Report): The federal capital police have asked to put name of US Defence and Air Attaché Colonel Joseph Emanuel, who was driving a white Land Cruiser jumped the lights and hit a motorcycle carrying two men at a traffic signal, on the Exit Control List.

In a letter written to the interior ministry, the police stated they have received information from reliable sources that Emanuel would leave the country soon. Police said they could not arrest Emanuel as the Vienna convention provided him immunity.

On Sunday, Foreign Office summoned US ambassador to Pakistan David Hale to record protest over the killing of a youth in a hit-and-run by an American diplomat stationed in Islamabad.

Foreign Secretary Tehmina Janjua summoned the top US envoy where he expressed grief over the loss of life and assured full cooperation in the investigation in the road accident.

The foreign secretary conveyed that "justice will take its course in accordance with the law of the land and the Vienna Convention on Diplomatic Relations 1961".

The US Embassy, in a statement, expressed its "deep sympathy to the family of the deceased and those injured in the tragic traffic accident".

A man, identified as 22-year-old Ateeq, died on the support, while his cousin Raheel Ahmad suffered injuries.

The incident took place in the afternoon on the foothills of the Margallas near the zoo. A fast-moving SUV, said to be driven by the US defence and air attaché, jumped the lights and hit a motorcycle carrying two men at a traffic signal.

This is the third road accident in recent years in which US diplomats have hit and killed people in Islamabad, the capital city police said, adding that they got away with it because they had diplomatic immunity.