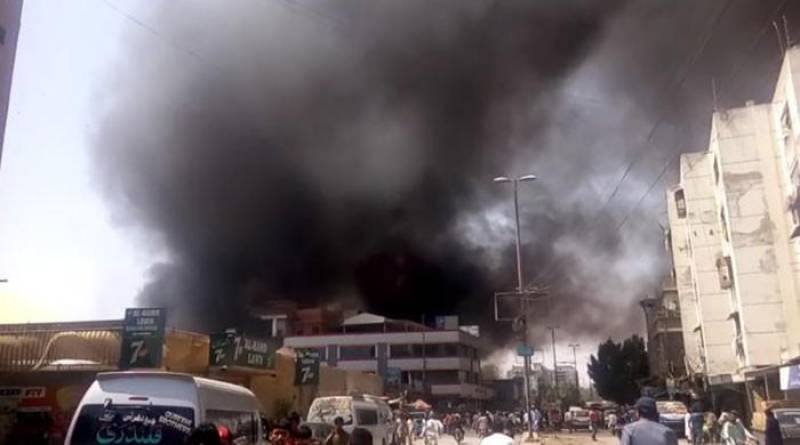 Thick black clouds of smoke could be seen rising from the warehouse, which stocked wooden crates.

Fire tenders, which were called in from all over the city, managed to extinguish some of the blaze while efforts were still underway to completely control the fire. The fire department of the KMC declared the inferno a third-degree intensity fire.

According to Chief Fire Officer Tehseen Ahmed, firework material had been stocked at the spot where fire broke out. These fireworks fed the blaze and several explosions could also be heard after the flames erupted, he said.

Flames also engulfed a pile of garbage present beside the warehouse which further intensified the blaze.

No casualties were reported. However, heavy material losses were feared.