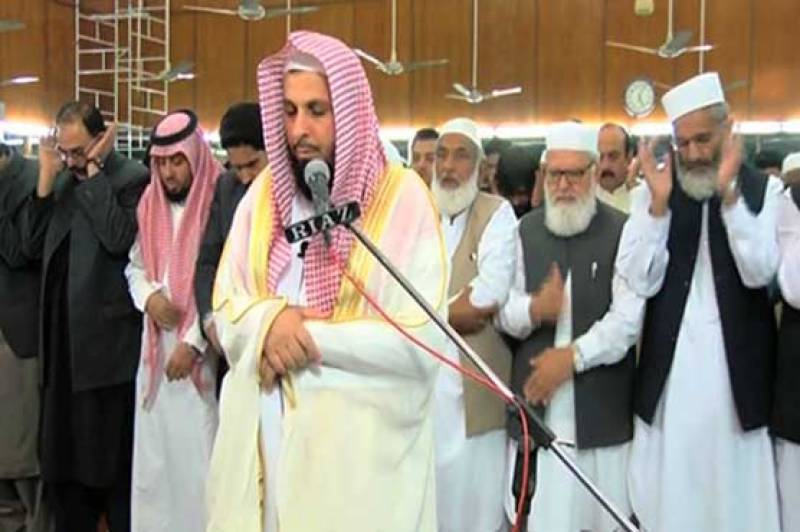 Lahore (Staff Report): Imam-e-Kaaba Shaikh Saleh bin Muhammad Ibrahim said in his address afterwards that Islam has no relation with terrorism and extremism.

Imam-e-Kaaba addressed the gathering after leading Fajr prayer at Mansoora, Jamaat-e-Islami’s (JI) headquarters, and prayed for progress and wellbeing of Muslim Ummah. According to details, hundreds of people attended the prayer amid tight security arrangements taken for Imam-e-Kaaba. JI Chief Siraj-ul-Haq said that there is no difference between Pakistan and Saudi Arabia, as both are very close to each other and Pakistanis will never hesitate for any sacrifice to protect the holy place.