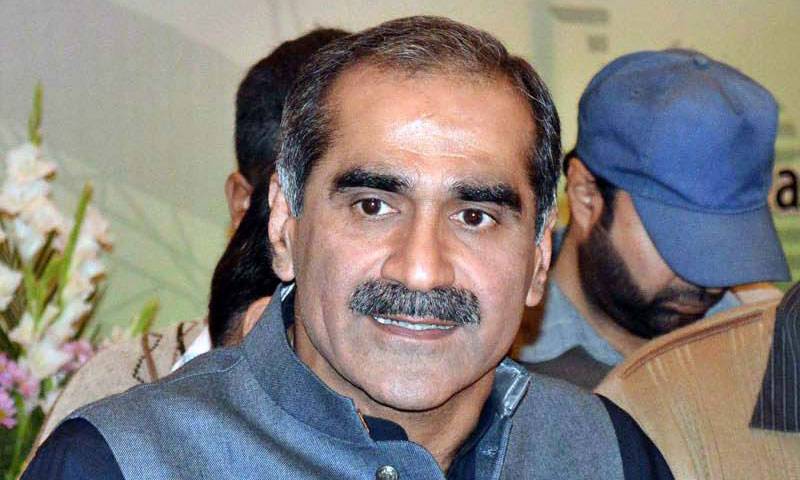 According to details, Saad Rafique toppled down while trying to climb on the container when his foot slipped, taking a police officer with him in the process.

However, both the police officer and the minister were unharmed.

Saad Rafique proceeded to enter the container of the former prime minister following his short fall.