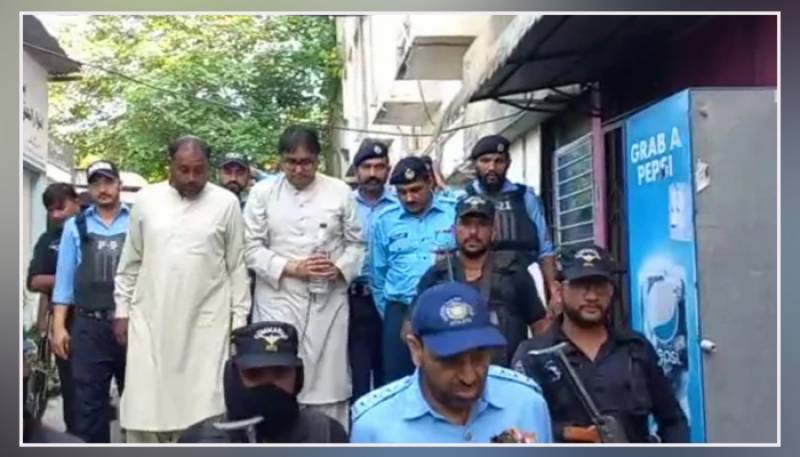 Police presented Gill before the court amid strict security arrangements.

During the court proceedings, police requested a remand of the PTI leader, stating that they still need to recover Gill’s mobile phone and the device he used to make the statements he was arrested for.

The court initially reserved its judgement on the police’s application but later granted them two-day physical remand of the PTI leader.

Gill, who is PTI chief Imran Khan’s chief of staff, was arrested from Banigala Chowk on Tuesday.

Interior Minister Rana Sanaullah on Tuesday had confirmed that the case against Gill was registered at the Kohsar police station on the complaint of Magistrate Ghulam Murtaza Chandio under Sections 34 (common intention), 109 (abetment), 120 (concealing design to commit offence punishable with imprisonment), 121 (waging war against state), 124-A (sedition), 131 (abetting mutiny, or attempt to seduce a soldier, sailor or airman from his duty), 153 (provoking to cause riot), 505 (statement conducing to public mischief) and 506 (punishment for criminal intimidation) of the Pakistan Penal Code.