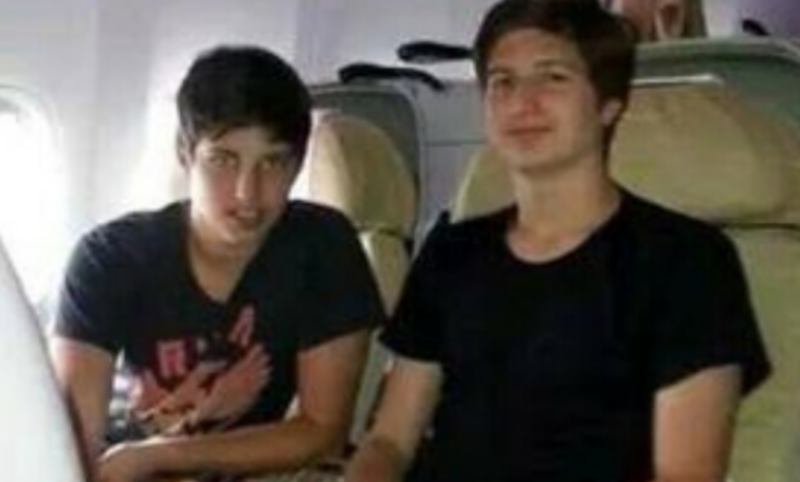 Lahore (Staff Report/Agencies): Imran Khan’s sons Qasim Khan and Suleman Khan on Thursday arrived in Lahore to meet their father after he survived an assassination attempt in Wazirabad last week.

Qasim and Suleman — who live in the United Kingdom with their mother Jemima Goldsmith. The couple tied the knot in 1995 and parted ways in 2004 and now both of their sons live with their mother and visited Pakistan in 2016.