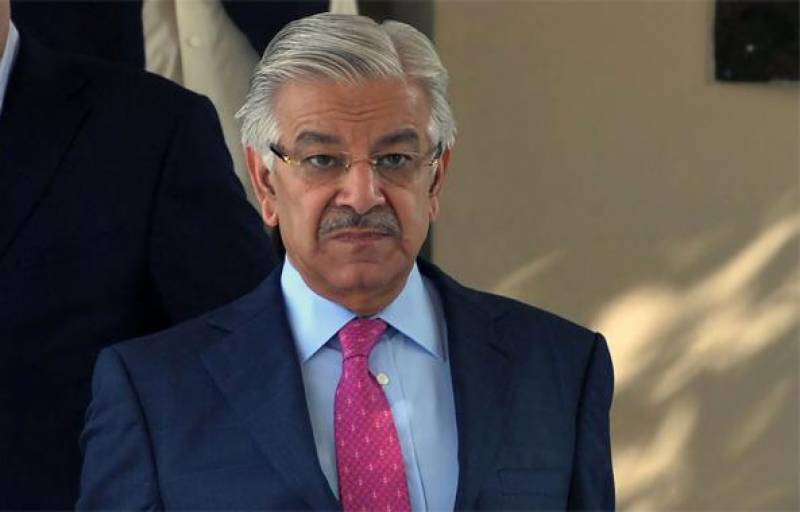 Islamabad (Staff Report): Foreign Minister Khawaja Asif left for an official visit to Iran on Sunday where he would discuss matters pertaining to the region and Pakistan-Iran relations.

According to details, Foreign Minister is scheduled to hold meetings with Iranian President Hassan Rouhani and discuss issues concerning international and regional politics and security.

Khawaja Asif, who also served as defence minister previously, first visited China on a state visit. He held discussions on bilateral relations and matters of mutual interest in terms of regional and international strategies.

Wang emphasised China will continue its firm support for Pakistan in the war against terrorism, saying both the countries are steady anchors for peace in the region.

Wang said, Pak-China relations remains rock firm and unbreakable, he added that China will continue to play its role in Pakistan's progress and development.

Asif expressed gratitude for Chinese "unflinching support for Pakistan" in the war against terrorism and its commitment to Pakistan's progress and development.