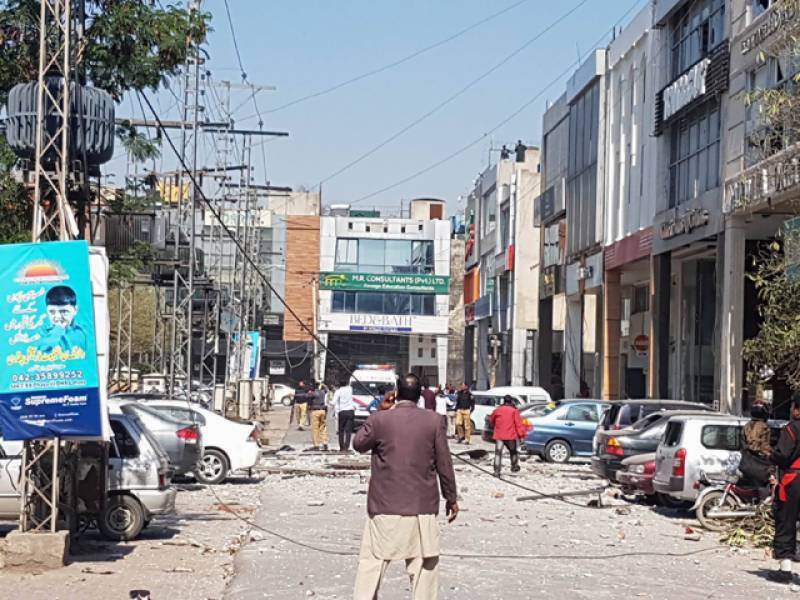 Lahore (Staff Report): At least seven people were killed and thirty others were injured when a blast occurred in Lahore’s DHA Phase 5’ Z Block market on Thursday.

Rescue teams rushed to the spot after receiving the information of the blast and shifted injured persons to nearby hospital. Police have cordoned off the area and launched search operation.

The reason for the blast is still unknown. Due to the intensity of the blast windows of the nearby building and windscreens of the cars parked were shattered.

Bomb disposal squad and crime scene unit have also arrived at the site of the blast.