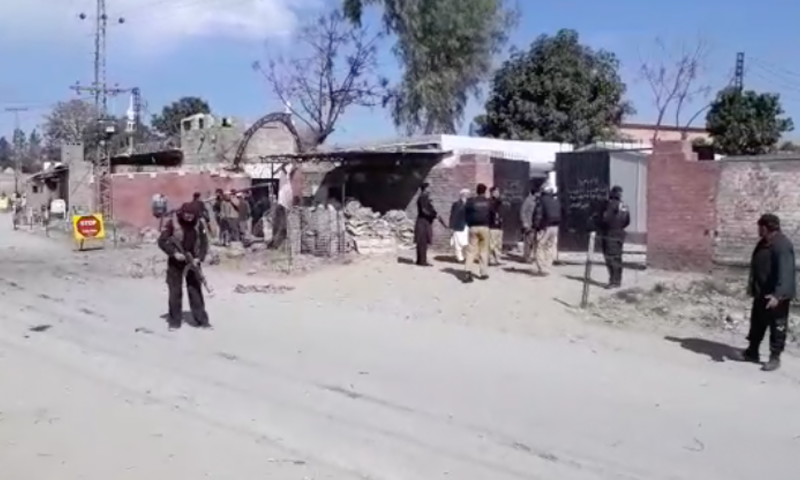 Charsadda (Staff Report): Six people including one lawyer were killed and ten others were injured as law enforcement personnel foiled a massive terror bid at Tangi Courts, area of Charsadda on Tuesday.

According to security officials, forces killed three suicide attackers as they attempted to enter the local court.

They said that at least three attackers attempted to enter the court premises through the main gate. They opened fire and also threw hand grenades, prompting retaliatory fire by police and security forces deployed at the court.

The injured persons have been shifted to DHQ Charsadda.

All the three bombers have been killed in exchange of fire, DPO Charsadda said. Police have cordoned off the area and launched search opera, he added.