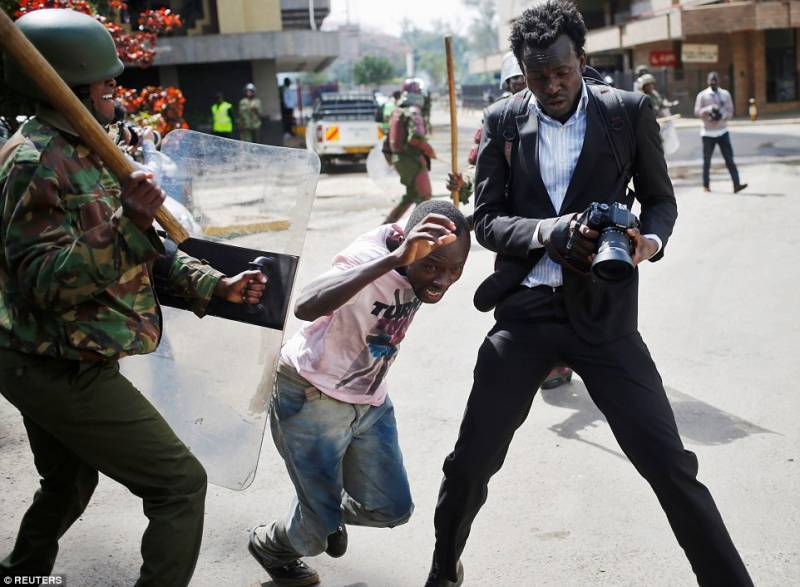 Nairobi (Reuters): Kenyan police killed at least 11 people in a crackdown on protests as anger at the re-election of President Uhuru Kenyatta erupted in the western city of Kisumu and slums surrounding the capital, officials and witnesses said on Saturday.

The bodies of nine young men shot dead overnight in Nairobi's Mathare slum were brought to the city morgue, a security official told Reuters, adding that the men had been killed during a police anti-looting operation.

Separately, a young girl in Mathare was killed by police firing "sporadic shots", a witness said. The run-down neighborhood is loyal to 72-year-old opposition leader Raila Odinga, whose party rejected Tuesday's vote as a "charade".

A Reuters reporter in Kisumu, center of post-election ethnic violence a decade ago in which 1,200 people died nationwide, said tear gas and live rounds were fired. A government official said one man had been killed in the county.

The unrest erupted moments after Kenya's election commission announced late on Friday that Kenyatta, 55, had secured a second five-year term in office, despite opposition allegations that the tally was a fraud.

Interior Minister Fred Matiang'i said the trouble was localized and blamed it on "criminal elements" rather than legitimate political protest.

Odinga's NASA coalition provided no evidence for its rejection of the result, and Kenya's main monitoring group, ELOG, said on Saturday that its tally matched the official outcome.

In addition to the deaths, officials at Kisumu's main hospital said they had treated 26 people since Friday night, including four people with gunshot wounds and others who had been beaten by police.