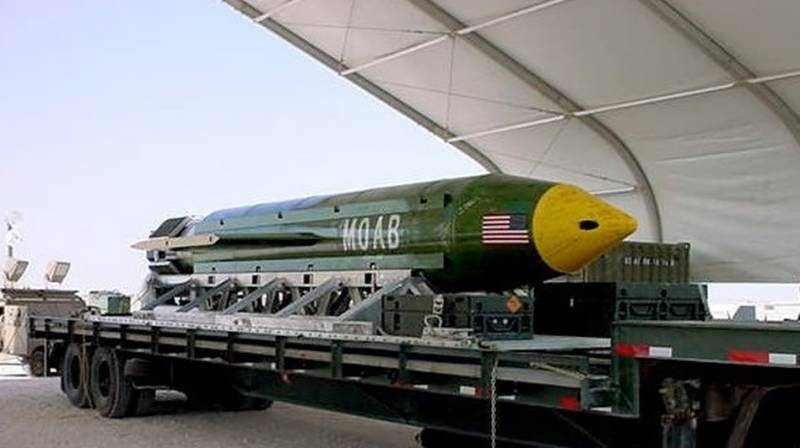 Washington (Web Desk): The US has dropped the "mother of all bombs" - the largest non-nuclear weapon ever used in combat by the US military - on an area of eastern Afghanistan.

The Pentagon said the strike was the first time the 21,000lb weapon had been used in combat operations, The Independent reported.

A spokesperson for the US Department of Defence said that a MC-130 aircraft dropped a GBU-43 bomb at 7pm local time.

The weapon is known in the US Air Force by its nickname MOAB, or "mother of all bombs". MOAB stands for massive ordinance air blast.

White House press secretary Sean Spicer said the US had used a “large, powerful and accurately-delivered weapon” to disrupt the movements of militants in the country.

Pentagon spokesman Adam Stump said the bomb was dropped on a cave complex believed to be used by fighters affiliated to Isis in the Achin district of Nangarhar, close to the border with Pakistan.

The Pentagon said the mission had been in the planning stages for months. However, they "did not have the information" on whether the mission was being planned during the previous Obama administration.