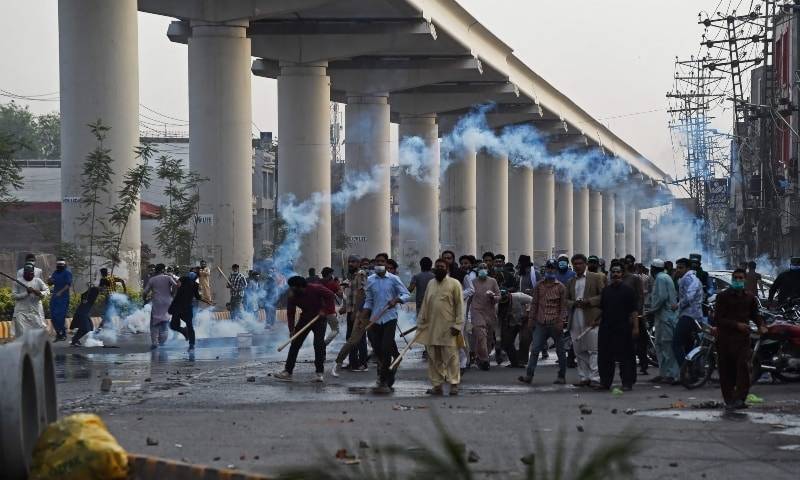 Islamabad/ Lahore/ Karachi: At least three people including police official lost their lives and over 100 supporters of Tehreek-e-Labbaik Pakistan (TLP) arrested as protests continued in various parts of the country for a second day on Tuesday against the arrest of party chief Allama Saad Hussain Rizvi.

In Lahore, protesters beat a police constable to death during a clash in Shahdara area. Shahdara Police have registered a First Information Report (FIR) against TLP leaders and workers for the killing of the police constable.

A day earlier, at least two people were killed and several others, including policemen, injured when violence erupted in major cities of the country.

The development comes a day after nationwide protests broke out after arrest of TLP head Saad Rizvi.

Major intersections remained closed in Lahore while traffic was upended in Islamabad and Karachi.

Further, Motorway Police advised citizens to avoid travelling unnecessarily, adding that Motorway M-1 and M-2 were open for all kinds of traffic.

Meanwhile, the federal government has reportedly decided to deal sternly with the elements creating unrest across the country.