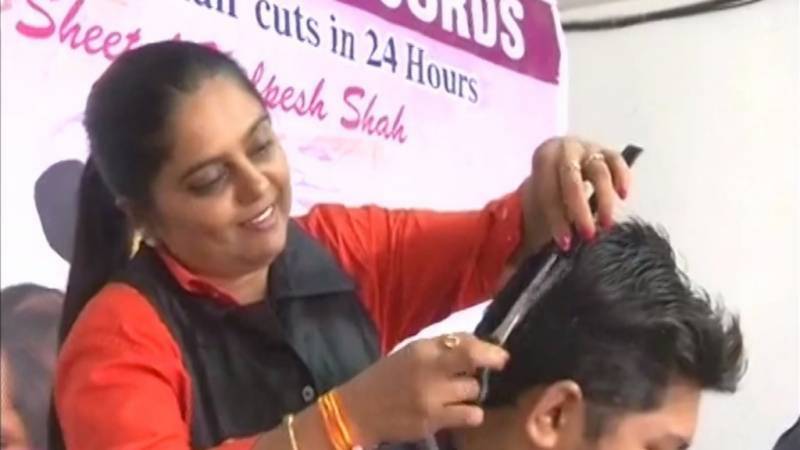 Surat (Web Desk): An Indian beautician became a Guinness World Record holder for cutting the hair of 571 people continuously for 24 hours. Sheetal Shah, residing in Gujarat's Surat city, owns a boutique parlour in Surat. She started to work at her world record on Saturday at 9.14 a.m. and ended 24 hours later on Sunday.

She said that the idea of creating a world record came during a general conversation with her husband. Sheetal told the media, "I always wanted to do something unique in my life. I was discussing this with my husband. We later approached the Guinness officials and they gave their approval for it. Since it was the weekend, all things went smoothly."

She appreciated her employees for their immense support and effort to complete the task. She also said, "I had the support of my team. Without them, I wouldn't have completed this task. Each and every employee of mine worked with me for 24 hours straight."

The previous record of 521 persons was held by a London-based couple.