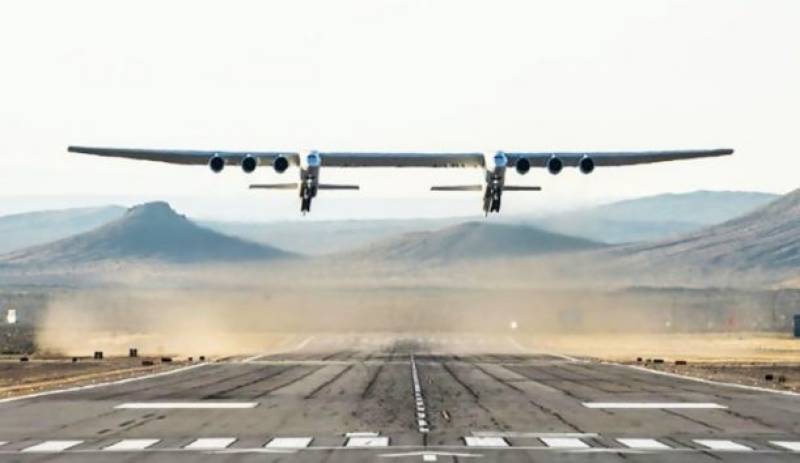 California (Web Desk): The world’s largest aircraft took off over the Mojave Desert in California on Saturday.

The white airplane called Roc, which has a wingspan the length of an American football field and is powered by six engines on a twin fuselage, took to the air shortly before 7 a.m. Pacific time (1400 GMT) and stayed aloft for more than two hours before landing safely back at the Mojave Air and Space Port as a crowd of hundreds of people cheered.

“What a fantastic first flight,” Stratolaunch Chief Executive Officer Jean Floyd said in a statement posted to the company’s website.

“Today’s flight furthers our mission to provide a flexible alternative to ground launched systems, Floyd said. “We are incredibly proud of the Stratolaunch team, today’s flight crew, our partners at Northrup Grumman’s Scaled Composites and the Mojave Air and Space Port.”