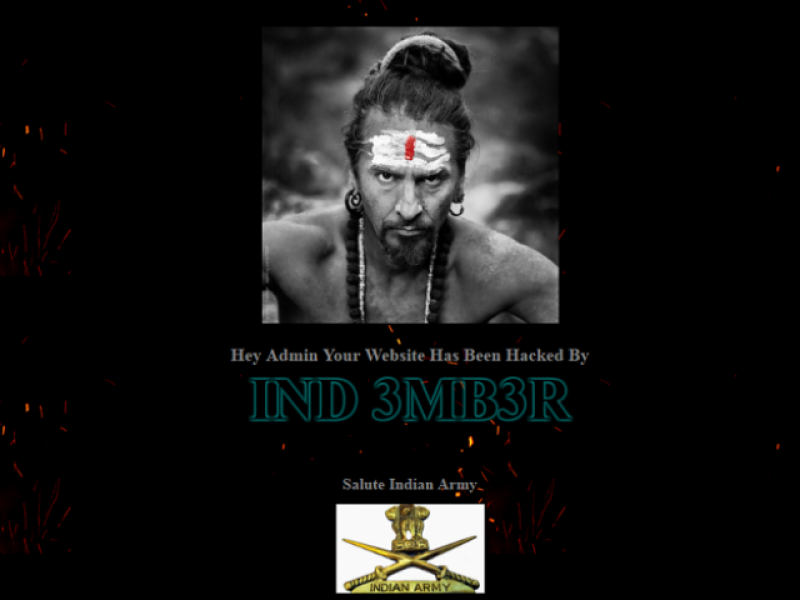 Lahore: Lahore District government official website has been targeted by Indian hackers today. The web portal now shows an image of a sadhu followed by an Indian Army insignia.

The attack which came in retaliation to alleged Pakistani hackers targeting Indian websites, was carried out by a hacker group called IND 3MB3R.

Indian and Pakistani hackers have been constantly hacking into eachother’s websites.