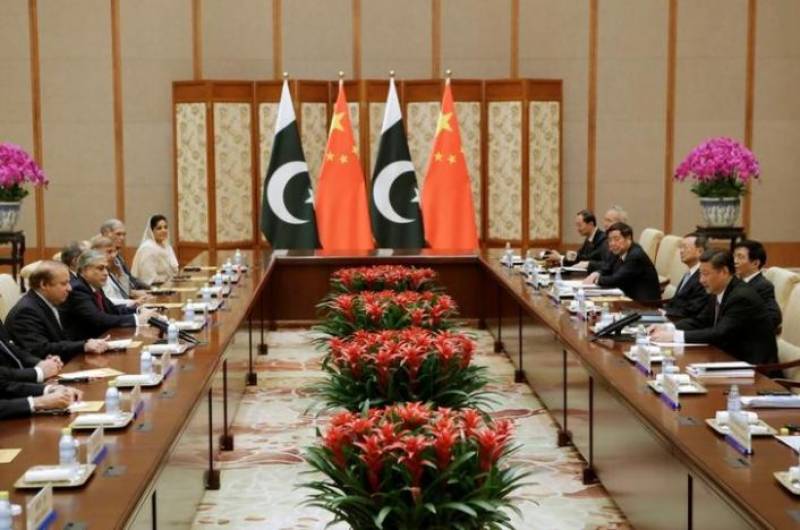 Beijing (Reuters): Chinese President Xi Jinping pledged $124 billion on Sunday for his new Silk Road plan to forge a path of peace, inclusiveness and free trade, and called for the abandonment of old models based on rivalry and diplomatic power games.

"We should build an open platform of cooperation and uphold and grow an open world economy," Xi told the opening of the two-day gathering in Beijing.

China has touted what it formally calls the Belt and Road initiative as a new way to boost global development since Xi unveiled the plan in 2013, aiming to expand links between Asia, Africa, Europe and beyond underpinned by billions of dollars in infrastructure investment.

Xi said the world must create conditions that promote open development and encourage the building of systems of "fair, reasonable and transparent global trade and investment rules".

Hours before the summit opened, North Korea launched another ballistic missile, further testing the patience of China, its chief ally. The United States had complained to China on Friday over the inclusion of a North Korean delegation at the event.

In addition, Xi said China would encourage financial institutions to expand their overseas yuan fund businesses to the tune of 300 billion yuan.

Xi did not give a time frame for the new loans, aid and funding pledged on Sunday.

Leaders from 29 countries attended the forum, as well as the heads of the United Nations, International Monetary Fund and World Bank.

Britain's finance minister told the summit his country was a "natural partner" in the new Silk Road, while the prime minister of Pakistan, Nawaz Sharif, a close Chinese ally, praised China's "vision and ingenuity".

"Such a broad sweep and scale of interlocking economic partnerships and investments is unprecedented in history," Sharif said.

India refused to send an official delegation to Beijing, reflecting displeasure with China for developing a $57 billion trade corridor through Pakistan that also crosses the disputed territory of Kashmir.

"No country can accept a project that ignores its core concerns on sovereignty and territorial integrity," said Indian foreign ministry spokesman Gopal Baglay, adding that there were concerns about host countries taking on "unsustainable debt."

China plans to import $2 trillion of products from countries participating in its Belt and Road initiative over the next five years, Commerce Minister Zhong Shan said.

But some Western diplomats have expressed unease about both the summit and the plan as a whole, seeing it as an attempt to promote Chinese influence globally. They are also concerned about transparency and access for foreign firms to the scheme.

"China is willing to share its development experience with all countries," Xi said. "We will not interfere in other countries' internal affairs. We will not export our system of society and development model, and even more will not impose our views on others."

"In advancing the Belt and Road, we will not re-tread the old path of games between foes. Instead we will create a new model of cooperation and mutual benefit," Xi said.

North Korea, which considers China its sole major diplomatic ally and economic benefactor, raised eyebrows when it decided to send a delegation to the summit.

The North Korean delegation largely kept a low profile at the summit, and there was no evidence that its presence had affected participation despite U.S. misgivings.