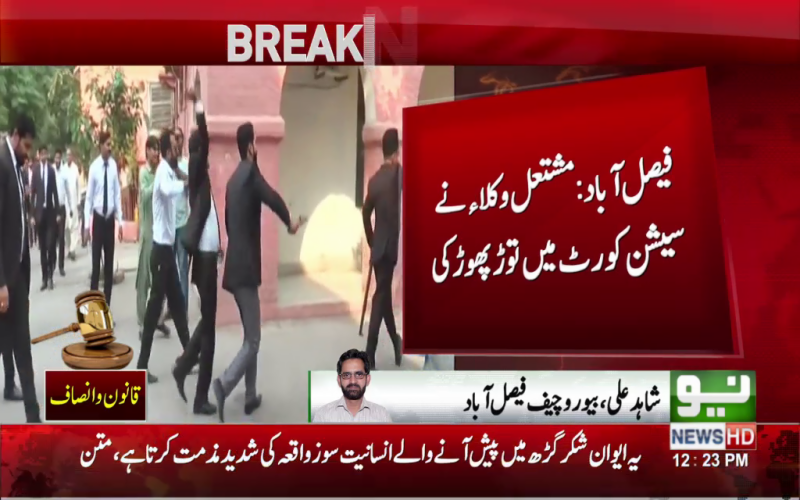 According to details, the protesting lawyers entered into the court premises and damaged property including the district officer's room.

Boycotting the court proceedings, they closed the main gates and stopped petitioners from entering the court's premises.

The lawyers in Faisalabad are protesting for the establishment of an LHC bench in the city to ensure speedy and cheaper justice to the residents of the area.

According to office bearers of Faisalabad District Bar Association the high court benches had already been established in Rawalpindi, Multan, Abbottabad, Dera Ismail Khan, Mingora, Hyderabad, Larkana and Sukkur whereas the third biggest city of the country was being ignored for a long time in this regard.