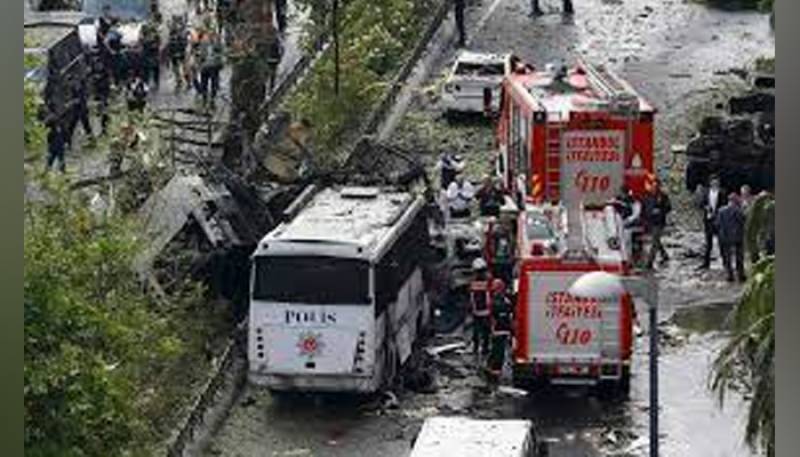 Istanbul (Web Desk): At least six people lost their lives and many others were injured after Turkiye’s popular Istiklal Avenue was rocked by a strong explosion on Sunday.

Turkey’s Interior Minister Suleyman Soylu accused the Kurdistan’s Workers’ Party (PKK) of responsibility for the bombing. He said that a suspect has been arrested.

“The person who planted the bomb has been arrested,” confirmed the minister in a statement broadcast by the official Anadolu news agency. “According to our findings, the PKK terrorist organisation is responsible,” he added.

The group is also at the heart of a tussle between Sweden and Turkey, which has been blocking Stockholm's entry into NATO since May, accusing it of leniency towards the PKK.

The PKK, blacklisted as a terrorist group by Ankara as well as its Western allies, has kept up a deadly insurgency for Kurdish self-rule in southeastern Turkey since the 1980s.

Istiklal Avenue, historically known as the Grand Avenue of Pera, in the historic Beyoğlu district, is an elegant 1.4 kilometre pedestrian street and one of the most famous avenues in Turkey’s Istanbul city.