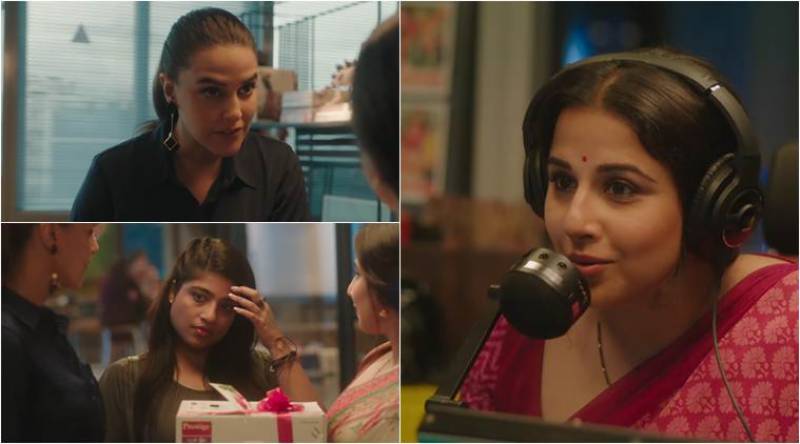 New Delhi (Web Desk): Renowned Indian actress Vidya Balan’s next ‘Tumhari Sulu’ has the star playing a late night RJ and the new trailer of the film elaborates this side of her character.

This trailer of the film also carries a reprised version of the hit song, Hawa Hawai. The original song appeared in the 1987 film ‘Mr. India’ and had Sridevi dancing to it. The film is directed by Suresh Triveni and is all set to release on November 17.

Watch the trailer on your own and decide how she looks in her character after “Beghum Jaan” her last film.