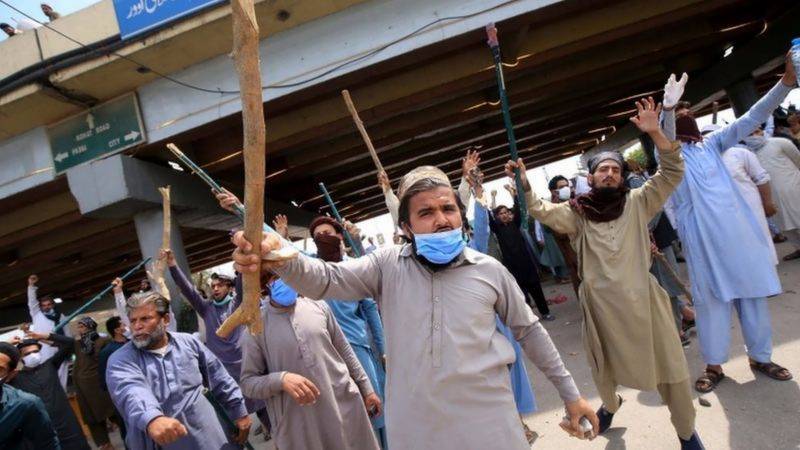 Islamabad (Web Desk) The federal cabinet approved a summary on Thursday from Interior Ministry seeking a ban on the Tehreek-e-Labaik Pakistan (TLP) under the anti-terrorism law.

Likewise, the Election Commission of Pakistan (ECP) will also denotify the TLP on orders of the SC.

All TLP parliamentarians will then be disqualified after the ECP denotifies  the party.

Prime Minister Imran Khan has already approved the summary regarding ban on TLP after days of violence across the country in which at least two policemen lost their lives.

Addressing a press conference, he said that the interior ministry is forwarding a summary to the federal cabinet to impose a ban on the TLP.

Sheikh Rashid Ahmed said the issue of sanctity and the finality of the Prophethood is very dear to the government like any other Muslim.

The minister said the government tried its best to draft a unanimous resolution to be tabled in the National Assembly but TLP remained adamant to its demands that were not-genuine.

At least two police personnel were martyred and 340 others were injured as protests continued in various parts of the country for a third day against the arrest of TLP chief Saad Hussain Rizvi.

In Lahore, protesters beat a police constable to death during a clash in Shahdara area.

Shahdara Police have registered a First Information Report (FIR) against TLP leaders and workers for the killing of the police constable.