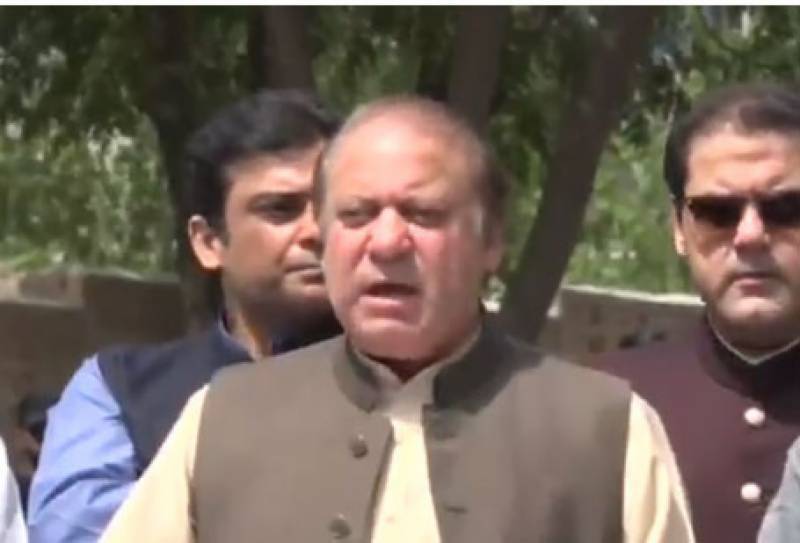 He claimed that his first accountability started in 1972 when he had graduated from university, hinting at nationalisation of his family business by then prime minister Zulfiqar Ali Bhutto. “Musharraf’s dictatorship also investigated us rigorously but had he found something he wouldn’t have had to lodge bogus hijacking cases against us,” he said.

For the first time, Hussain Nawaz appeared before the JIT on Sunday (May 28) at the federal judicial academy and faced a barrage of questions for over two hours.

He made his second appearance on Tuesday (May 30) where he was interrogated for hours. During the hearing, Hussain Nawaz was provided urgent medical care after his blood sugar level dropped following the hours-long interrogation.

For third time in five, Hussain Nawaz reached Federal Judicial Academy on Thursday (June 1) to appear before the probing team.

Hussain Nawaz appeared before the JIT on June 3 for the fourth time and on June 9th he appeared fifth time.

PM’s younger son Hassan Nawaz on Friday (June 2) appeared before the JIT where he was grilled for seven hours.

Hassan Nawaz made appearance before the probing team after second notice. Earlier, he had been asked to appear on Wednesday (May 31) but he could not comply with the first notice. He had sought time for recording his statement due to legal complications.

On Thursday, the PM’s younger son Hassan testified before the JIT for the second time. Hassan had first appeared before the probe team on June 2.

Proud to call you my prime minister, says Mahira Khan to PM Khan