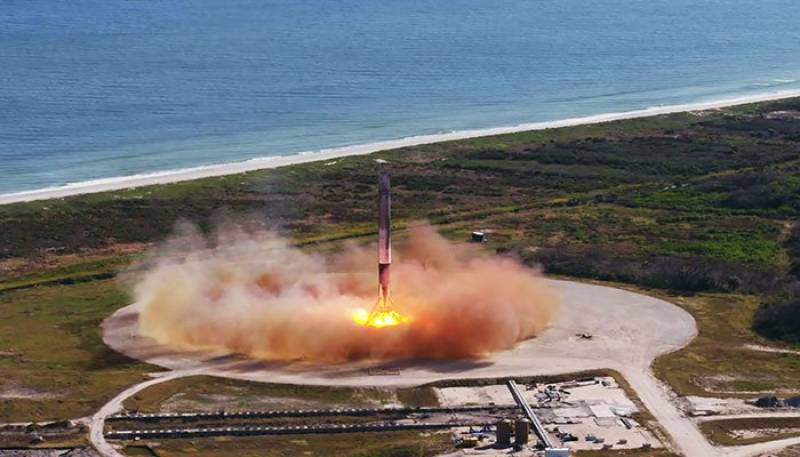 Florida, United States (Web Desk): For the first time, SpaceX on Friday launched both a rocket and a cargo ship that have flown before, a step forward in the company's goal to lower the cost of spaceflight.

SpaceX has now managed to return 20 of its rocket boosters after launch, whether on land or on a floating ocean platform, as part of its effort to re-use instead of jettison costly rocket components.

"That marks the second successful visit to and from space for this particular booster," said a SpaceX commentator, as live images showed the tall portion of the rocket glide down, upright, from the air to the launchpad.

Three minutes later, the booster and second stage of the rocket separated, as SpaceX´s webcast showed the two components making an arc away from each other in the sky.

Then, the second stage continued to propel the Dragon toward the International Space Station, while the tall portion of the rocket-powered its engines to guide it back to Landing Zone 1 at Cape Canaveral Air Force Station.

It was the 14th recovery of a booster for SpaceX this year alone.

"This is the beginning of rapid and reliability reusability," said SpaceX Dragon mission manager Jessica Jensen, at a press briefing Monday.

The launch was initially set for last Friday but was delayed, as SpaceX said it was "taking additional time for the team to conduct full inspections and cleanings due to the detection of particles in the second stage fuel system."

The Dragon capsule was flown to the ISS in 2015.

Friday also marked the fourth time SpaceX is re-flying a used booster for one if its clients.

However, it was the first such effort for NASA, SpaceX´s most important customer.

NASA's ISS program manager Kirk Shireman said rocket experts from around the agency had reviewed safety for the mission.

"The net result is about equivalent risk," he told reporters Monday.

The unmanned spaceship is packed with 4,800 pounds (2,200 kilograms) of food, supplies and experiments -- including one to study thyroid cancer and another to grow barley in space.

The Dragon is scheduled to arrive at the ISS on Sunday.