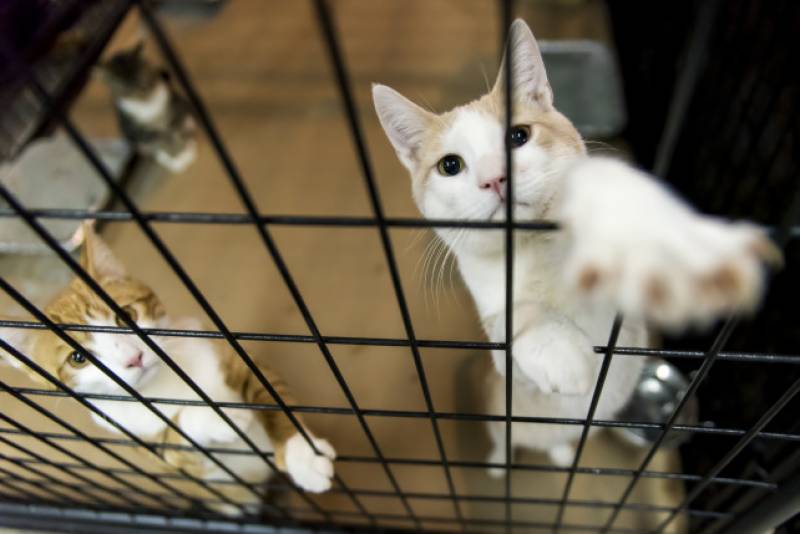 New York (Reuters): Hundreds of domestic cats have been segregated in New York City after contracting a strain of highly infectious avian flu at shelters operated by a major animal rescue organisation, and the virus also infected at least one veterinarian, NY officials said.

According to the New York City Health Department, it is the first time the H7N2 strain of the virus, commonly found in birds, has infected domestic cats.

Symptoms are generally mild, and include sneezing, coughing and runny eyes and noses.

The city's health department said in a statement on Thursday, the virus was first detected last month in 45 cats housed at a Manhattan shelter run by Animal Care Centre of NYC and later turned up in cats at shelters in the boroughs of Queens and Brooklyn. It was not immediately clear how the cats contracted the virus or how it spread so quickly.

Health Commissioner Mary Bassett said in a statement, "We continue to urge New Yorkers who have adopted cats from ACC shelters to be on alert for symptoms in their pets and take proper precautions.”

She said the risk to human health from H7N2 is low.

According to the Centres for Disease Control and Prevention's (CDC) website, H7N2 is a type of avian influenza virus, also known as the bird flu that can mutate and transfer onto mammals such as cats. It could infect other mammals as well, including humans.

More than 450 cats will remain at a temporary shelter for up to 90 days until a University of Wisconsin lab confirms they are no longer contagious, the city's health department said. ACC, the New York Health Department and the American Society for the Prevention of Cruelty to Animals are monitoring the animals together.

The health department screened more than 160 ACC employees for the virus and contacted more than 80 percent of pet adopters from the Manhattan shelter, but no other cases have been found.

Officials said that the residents who adopted a cat from an ACC shelter between Nov. 12 and Dec. 15 should monitor their pets for signs of sickness.