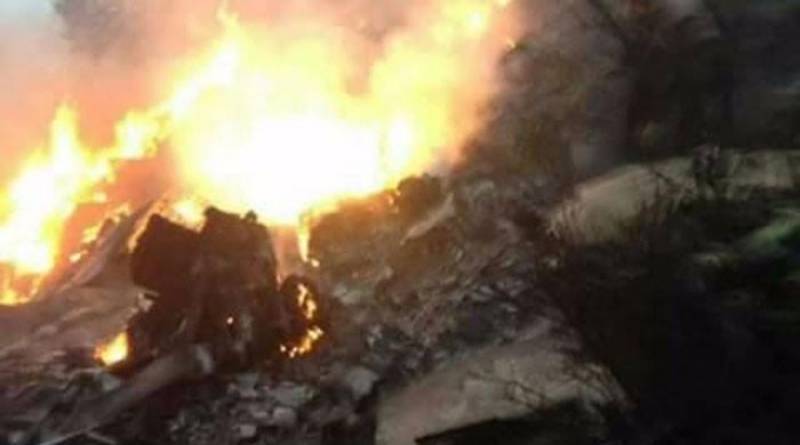 Islamabad: The ongoing investigation into the PK-661 crash has took a new turn as the investigators are now suspecting the crew of the flight might have been poisoned or some intoxicating substance was given to them.

The crew of the Pakistan International Airlines (PIA) flight PK-661, which crashed near Havelian on the way to Islamabad from Chitral, might have been poisoned or some intoxicant was given, the ongoing investigation into the causes of the crash revealed.

According to sources, the investigators have decided to exhume the bodies of the pilots and other crews of the plane.

In this regard, the Capital Administration and Development Division (CADD) has issued directives to Pakistan Institute of Medical Sciences (PIMS) to constitute a special medical board comprising senior doctors to exhume the bodies of the crew and examine the remains for possible poisoning.

They said that special permission would be taken from the district administration for exhumation of bodies and the process will be carried out under the supervision of the CADD ministry.

On the other hand, PIMS administration confirmed receiving directives for constituting special panel for exhumation of bodies.

It is to be mentioned here that the PIA’s flight, PK-661, crashed into a hillside near Havelian while travelling from Chitral to the capital, killing all 48 people on board including crew.

The black box of the ill-fated plane was sent to France to the ATR company for decoding. But the transcript analysis of the contents has failed to find the real cause of the crash.

As per the information obtained after decoding the black box, both engines of the aircraft were running 100 per cent fine when the plane took off from Chitral. Also one of the engines was still working when the plane crashed.

As the black box data indicates that no effort was made to land the aircraft before the crash, so investigations are trying to determine why the plane crashed despite the fact that one of its engines was properly working.

ATRs are designed in such a way, that even if both the engines fail, the plane can still glide for a little while and the pilot can then try and make it land safely.

The weather conditions on the day of the crash were normal, the pilot had extensive experience of flying in the northern areas and the plane also seemed to be working fine, which led investigator to consider other possibilities.