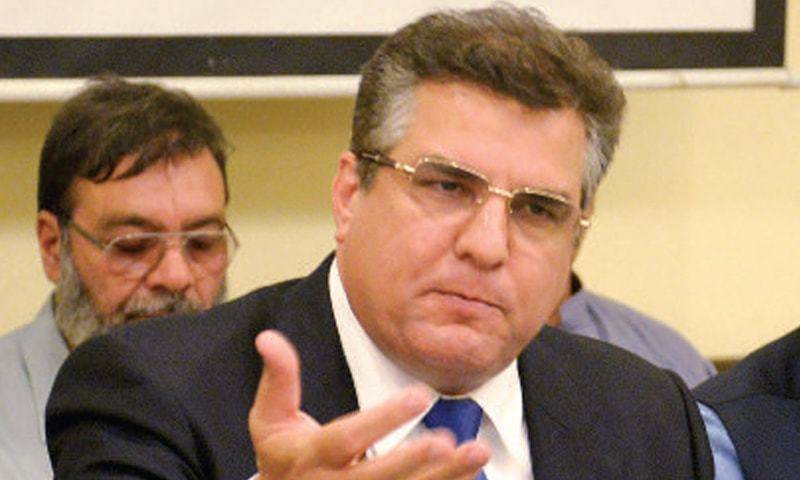 Islamabad:  PMLN top leaders Mussadiq Malik and Danyal Aziz convened a special press conference amidst allegations of PM hiding behind Art 66 of the constitution. Today, at a special conference, Leaders of Pakistan Muslim League-Nawaz (PML-N) have said that the premier did not ask for immunity unlike the perception being created in the media and the public by opposition parties.

Spokesperson for the Prime Minister (PM), Musadiq Malik among leaders of the ruling party addressed a press conference in the federal capital today.

Malik said that the premier has offered himself for accountability. Daniyal Aziz alleged Imran Khan, Chairman of Pakistan Tehreek-e-Insaf (PTI) of attempting to ‘scare’ the institutions to ‘polish’ his politics. He said that Khan had to apologise for his statement over Election Commission of Pakistan (ECP).

Aziz accused PTI of habitual criminality and once party’s representatives are caught, they resort to aggression.

Daniyal Aziz has alleged Jahangir Tareen, Secretary General of PTI to have ‘purchased’ votes in General Elections 2013 and now Imran Khan was covering up the corruption. General Hamid was relieved from his post in Khyber Pakhtunkhwa (KP) but the cases were not disclosed.

He maintained that distorted version of issue concerning offshore companies was presented by PTI and that PM Nawaz was not named in Panama Leaks.