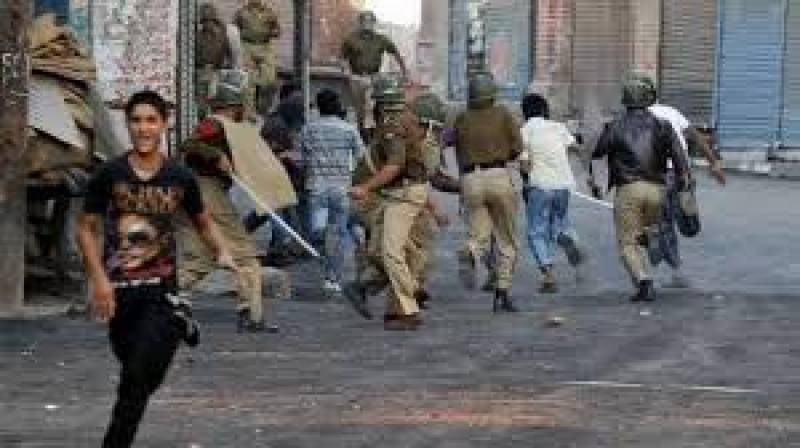 Srinagar: Indian forces, in their latest act of state terrorism, martyred at least five Kashmiri youth in Pulwama and Baramulla districts of occupied Kashmir on Thursday.

According to Kashmir Media Service, the youth identified as Naseer Pandit, Umar Mir and Khalid Ahmed were martyred during a cordon and search operation in Dalipora area of Pulwama district in the wee hours of the morning.

The killing sparked protests by residents resulting in clashes between the demonstrators and the Indian forces. The occupying troops have imposed curfew and suspended internet services in Pulwama district following the clashes.