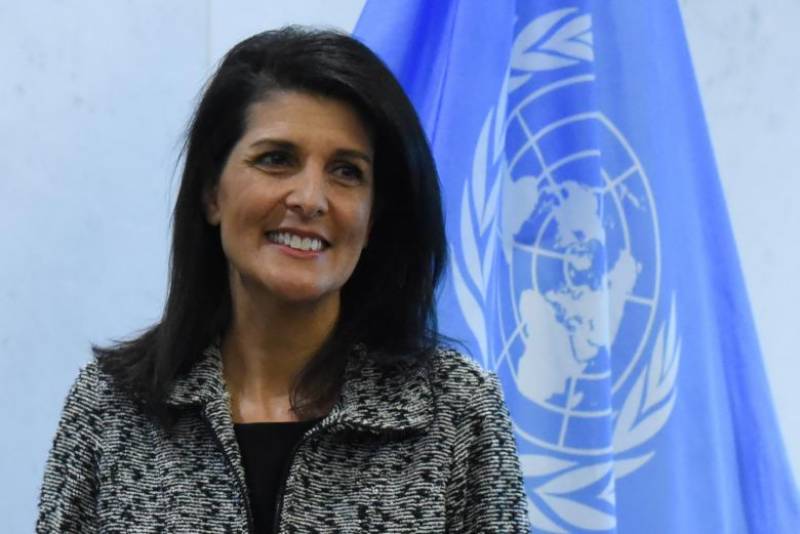 United Nations: US Ambassador to the United Nations Nikki Haley said on Thursday the United States still supports a two-state solution to the Israeli-Palestinian conflict, a day after President Donald Trump suggested he is open to new ways to achieve peace.

Haley's comments came after Trump said on Wednesday that he was open to ideas beyond a two-state solution, the longstanding bedrock of Washington and the international community's policy for a settlement between Israel and the Palestinians.

"I'm looking at two states and one state, and I like the one both parties like," Trump told a joint news conference with Israeli Prime Minister Benjamin Netanyahu. "I can live with either one." Trump said that the United States would work toward peace but said he was leaving it up to the parties themselves ultimately to decide on the terms of any agreement. He said such a deal would require compromises from both Israelis and Palestinians.