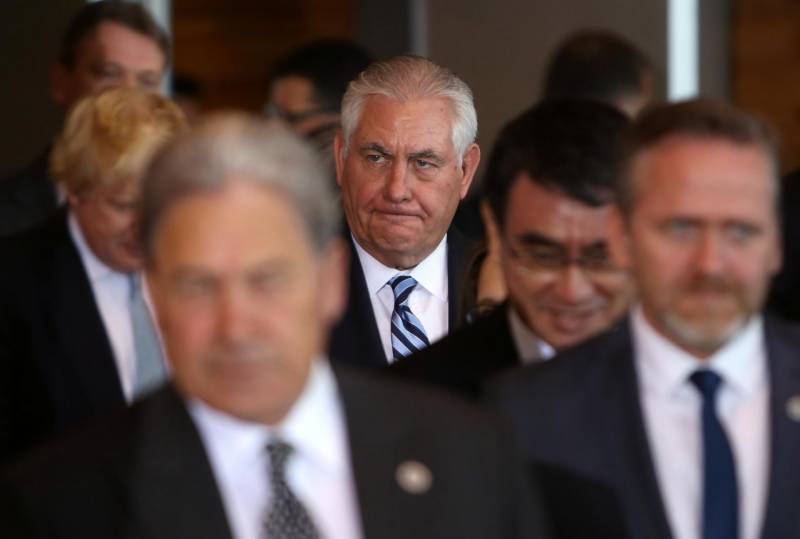 Vancouver (Reuters): Twenty nations agreed on Tuesday to consider tougher sanctions to press North Korea to give up its nuclear weapons and US Secretary of State Rex Tillerson warned Pyongyang it could trigger a military response if it did not choose negotiations.

A US-hosted meeting of countries that backed South Korea during the 1950-53 Korea War also vowed to support renewed dialogue between the two Koreas “in hopes that it leads to sustained easing of tensions” and agreed that a diplomatic solution to the crisis was both essential and possible.

North Korean leader Kim Jong Un has refused to give up development of nuclear missiles capable of hitting the United States in spite of increasingly severe UN sanctions, raising fears of a new war on the Korean peninsula.

The United States and Canada co-hosted the day-long meeting in Vancouver to discuss ways to increase pressure on Kim.

US officials have reported a debate within the Trump administration over whether to give more active consideration to military options, such as a pre-emptive strike on a North Korean nuclear or missile site.

Tillerson brushed off a question about such a “bloody nose” strike, telling a closing news conference: “I’m a not going to comment on issues that have yet to be decided among the National Security Council or the president.”

However, he said the threat posed by North Korea was growing.

“We all need to be very sober and clear-eyed about the current situation ... We have to recognize that the threat is growing and if North Korea does not chose the pathway of engagement, discussion, negotiation, then they themselves will trigger an option,” Tillerson said.

“Our approach is, in terms of having North Korea chose the correct step, is to present them with what is the best option – talks are the best option; that when they look at the military situation, that’s not a good outcome for them.”

“It is time to talk, but they have to take the step to say they want to talk.”

The Vancouver meeting pledged to ensure that U.N. sanctions already in place were fully implemented and the participants said in a joint statement they agreed “to consider and take steps to impose unilateral sanctions and further diplomatic actions that go beyond those required by UN Security Council resolutions.” They gave no details.

Tillerson said all countries needed to work together to improve interdiction of ships attempting to skirt sanctions and said there must be “new consequences” for North Korea “whenever new aggression occurs.”

He said the meeting had agreed that China and Russia, which did not attend the Vancouver talks and sharply criticized them, must fully implement UN sanctions.

Speaking in Beijing, Chinese Foreign Ministry spokesman Lu Kang said Canada and the United States were demonstrating a “Cold War mentality” that would divide the international community and damage chances of an appropriate settlement on the peninsula.