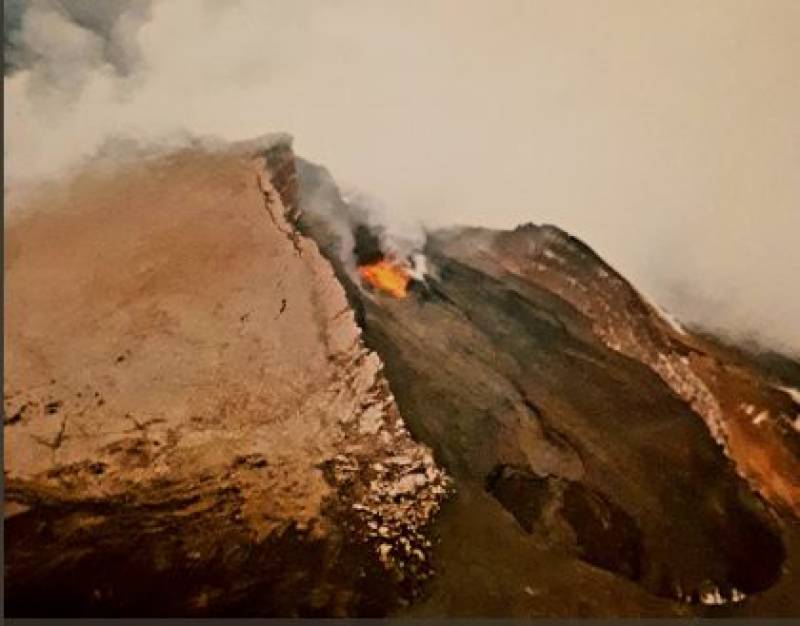 Tokyo (Agencies): A small island volcano in southern Japan erupted Thursday, blasting rocks and ashes into the air but causing no damage or injuries.

Japan Meteorological Agency said the eruption of the Shindake volcano on Kuchinoerabu island sent rocks flying and hot gas and debris pouring down the crater. It has not reached the residential area 2 kilometers (1.2 mile) away, the agency said.

Officials said no damage or injuries have been reported. About 80 residents initially took refuge at a shelter on the island but have since started to return home after an evacuation advisory was lifted less than two hours after the eruption.

Shizuko Goto, an innkeeper, told Kyodo News agency that she felt the ground rattling for several seconds following an explosion and decided to evacuate after seeing a massive cloud of black smoke rise from the volcano.

Shindake's last major eruption in May 2015 had temporarily displaced the island's entire population of about 150. The residents were evacuated to Yakushima Island, about 12 kilometers (7.5 miles) to the east.

Only about two thirds of them had since returned to Kuchinoerabu, south of Japan's main southern island of Kyushu.