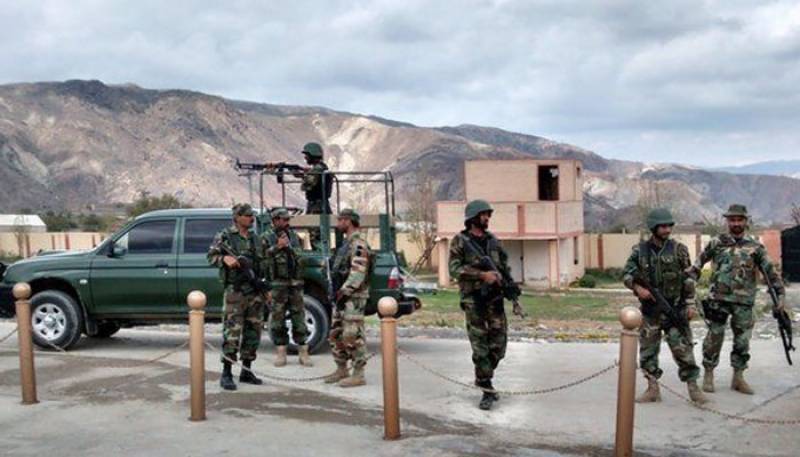 Rawalpindi (Web Desk): A Pakistan Army soldier was martyred during an exchange of fire with terrorists at a checkpost in Kanniguram area of South Waziristan, the military’s media wing said on Wednesday.

“During intense exchange of fire, one of the terrorists was killed. While responding to terrorist fire, Naib Subedar Sonay Zai, resident of Dera Ismail Khan, was injured and later embraced martyrdom”, the statement said.

The military’s media wing further said that a search of the area "is in progress" to eliminate any remaining terrorists.

“Pakistan Army is determined to eliminate the menace of terrorism and such sacrifices of our brave soldiers further strengthen our resolve,” the ISPR said.