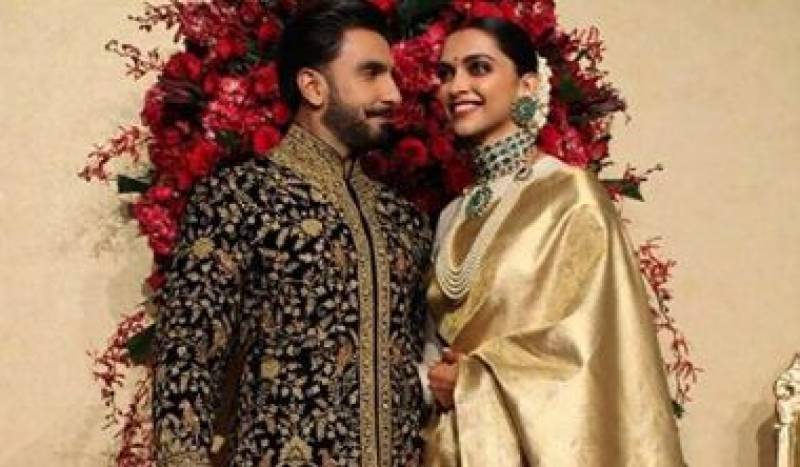 An inside video from the awards night shows Ranveer lovingly dedicating the award to his wife and his real queen – Deepika Padukone.

Apart from Deepika, he also thanked in the speech his parents, sister and his late grandmother, who passed away earlier this year. Ranveer also thanked Sanjay Leela Bhansali for trusting him with such a demanding role.

Deepika and Ranveer got married as per Konkani and Sindhi traditions on November 14 and 15 in Italy’s Lake Como. The star couple had also hosted receptions in Bengaluru and Mumbai.

In his interview he showered love and praises for his new bride Deepika. The couple is now being pressurised with the question of children. “WHEN ARE YOU GUYS GOING TO HAVE KIDS?”

Ranveer smiles to the questioned and answered with a calm “It’s not my call really. Partly it’s my call but mostly it’s just her and I allow her that.” He accepted how Deepika is more evolved and mature person he also added how Deepika is free to take her own decisions. Ranveer also talked about how Deepika is the best chick and the top actress.